Home ADMISSION What to expect from the DU Cutoffs of 2021 ! 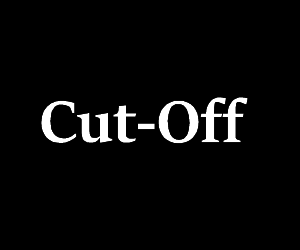 Delhi University released its cutoffs for the admission into Undergraduate Courses a day before. Maintaining its image of Releasing Sky rocketing cutoffs, almost every DU college has set the bar extremely high.

You cannot witness the score less than 90% in any college’s cutoff. In fact a few of the Great Colleges of this University have released a complete 100% cutoff effortlessly. And needless to say, the cutoffs are definitely higher than the previous years.

Now, this raises the question, that WHAT IS GONNA HAPPEN NEXT YEAR ? Extremely high cutoffs this year has already become an apprehension for the Current Class 12th Batch aiming for DU. Cutoffs are released on the basis of the CBSE Board Result. But, did every  student score a 100 % this year ? I don’t think so. Then how will the students be able to park themselves in a so called good college ?

What will happen to that part of students who score between 90 – 95% marks which is amazing, but still get no college ? Will an average student have to give up on the dream of going to college ? Or will that student have to satisfy in a private college with even high fees ? Is it even fair to release high cutoffs just for the sake of competing with other colleges in the line ? Or has it now become the purpose of colleges to give admission only to the creamiest layer ?

Are these colleges capable enough of providing quality education to these creamy layer students ? Will there be the top notch companies coming for Campus Placements into these colleges for sure ? Or are we simply promoting a trend amongst students to become a part of rat race and not score below 99%.

No idea, where the answer to these questions lie. Probably with every passing year, the intensity of these questions would keep on increasing. So, basically, every 12th class student should gear up to get 100% next year. Otherwise, DU will be a distant dream for them.