Yet again another Black Day in the Indian History from the canon of terrorism which has created a huge havoc and distress among the people. Terrorism has not only engulfed India in fear but also the entire world. Whether it is the 9/11 attack in America, 26/11 attack in India or the recent inhuman attack over school students in one of the Army School in Peshawar, all of it has just embedded trepidation inside each soul. Terrorism has also acknowledged itself as a widely acclaimed barbarous act.

“No religion has mandated killing others as a requirement for its sustenance or promotion.”
-Late Dr. A.P.J. Abdul Kalam. 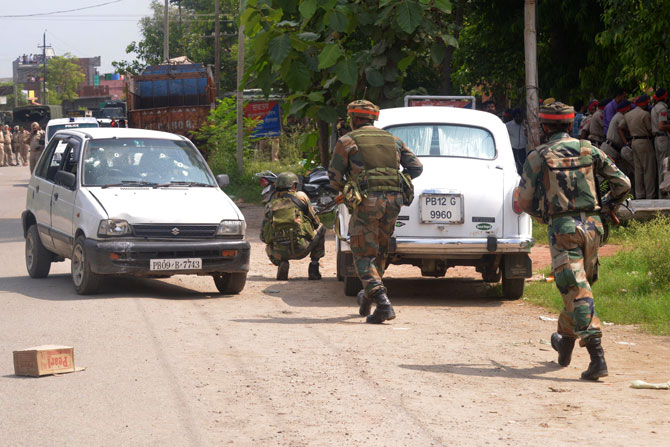 People generally need alarms to wake themselves up but here the people of Gurdaspur district got their calls as the sounds of firing guns and fearsome noises, and around the nation, people got their wakeup alarms with the news about this heinous attack.

An operation which went on for 12 straight bone wrenching hours, which was full of actions, power and tension in Punjab’s Gurdaspur district Police Station, which was an intense gun battle between the 3 militants and the security forces. As the firing started around 5:30am in the morning and the victory was in our hand in the evening around 5pm, in this interval all the 3 terrorist were killed with the loss of six people from our side which included Punjab Police’s Superintendent Baljeet Singh, two home guard personnel and three civilians. 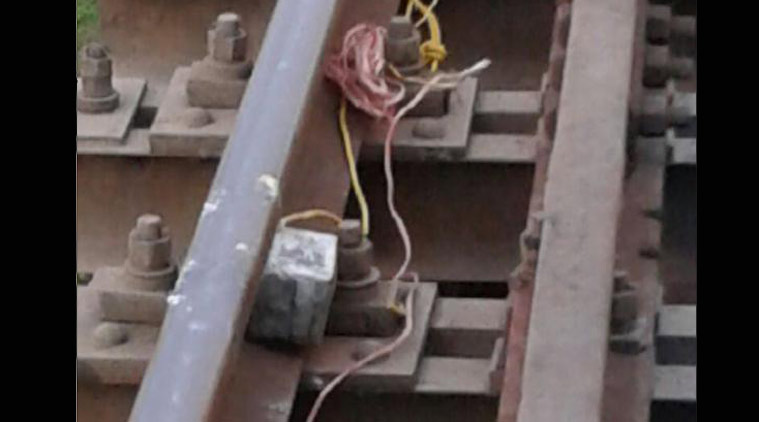 Five bombs were also found on a railway track in the state, suggesting a coordinated series of attack, which thankfully didn’t cause any harm as one of the passenger-train did pass over them. This can be taken as a miracle that there was an error because if that bomb would have exploded, then it could have been more serious and deadly matter written in ages.
As all of us were celebrating the 16th anniversary of our victory over Pakistan troop in Kargil War have been backfired upon us.

Terror has taken such a deep root in everyone’s soul that an attack or the matter of fact a threat can shake not only the nation but as a world whole. As this attack taken into account, high alert have been announced over the nation and especially over the border.

Being in the metropolitan city especially in New Delhi it is a kind off a great distress to the general public as all the public places have beefed up security and police for the safety. At the metro stations and railway stations the security personnel have started more vigilant and thorough checking which sometimes is time consuming and causes public to wait. Even now public transports are under more severe surveillance as these are the most prominent places to be attacked. Places like Connaught Place, Vijay Path, market places like Sarojini Nagar, Lajpat Nagar, Janpath etc, and malls are under tight security and patrolling all over the capital have became gruesome. To check the preparedness to counter potential terror strikes in the city, the police are conducting mock drills in coordination with other departments like Fire and Medical team as well.
It is not the first time we all facing the high alert in the city, vigilance also have previously taken charge in case of any attack in the vicinity of the nation or in the nation itself or even a visitation of a foreign leader or any national festival like Independence Day or Republic Day. General masses feel dread under the fear when someone leaves the house, be it for any reason, say the kid is going to school or college after the Peshawar Attack over innocent student by the terrorist group as they opened fire on them, or going to the market just to buy a little thing after the bombing in Sarojini Nagar like a decade back or visiting any monument after the 26/11 attack. Even if we become brave but the hoax messages over social media like WhatsApp or Facebook, tells us to retreat back to the safety zone whether it’s true or not. Even a hoax of a bomb in the metro or airplane can terrorize the whole nation. Even when President Obama was visiting India as the guest honour in the celebration of Republic Day messages where circulated over social media about an impending attack over the country.

Now it looks like there is a big question mark over the India-Pakistan Series planned to be played in December this year. “Cricket and terror can’t go hand in hand. For me, the safety and security of my country comes before cricket series” said the BCCI Secretary Anurag Thakur. Though it was to be played in a neutral place like UAE, but terror attack have prompted to rethink the situational crisis ahead.