Home BLOGS Till when this rape culture will continue in India?

To be very honest, I think that India is not the country for girls because every second girl is getting raped by her neighbor, relative and sometimes even by her male family member.

On May 5, 2017, Supreme Court of India approved death penalty for all 4 guilties of the December 16 rape and murder case in Munirka, Delhi. (Nirbhya Case)

However, after some days another rape case happened with a 20-year-Old woman who was gang-raped and killed in Rohtak, Haryana.

There are many more rape cases in India. Let’s just have a look at some rape cases.

On May 15, 2017, a 22-year-old Sikkim woman was allegedly raped in a moving car in Gurgaon and thrown out of the car. She was returning home when 3 men dragged her into the car.

After getting raped she was hit by a brick on her face by the man after post-mortem it was found that her food pipe was missing and many harsh objects were inserted in her private part. This is not less, the man threw away her body at a farm where her body was later found in a very bad situation, and her lower region was eaten by dogs.

On May 13, 2017, a 10-year-old girl was found pregnant by her stepfather in Haryana. Doctors in Haryana confirmed her pregnancy and also said that the man had threatened the girl of talking about it.

On May 11, 2017, a 45-year-old school owner was arrested for sexually harassing her daughter. The mother of the girl was also found guilty of this crime.

On May 10, 2017, a 5-year-old girl who was deaf and dumb raped by a 24-year-old man. She was sleeping with her family when he kidnapped her and took her to the farm and raped her until morning.

Are these cases enough to boil your blood, or you need more? Believe you me, there are “n” no. of rape cases.

Unfortunately, we live in a society where kids are learning “Don’t get raped” instead of “Don’t rape”.

The only rapist is not the criminal our society is criminal too. Whenever we ask a criminal that why did you rape her?  An awful and disgrace statement justify their crime that “She asked for it.”

That 3-month-old baby? Who doesn’t even know how to cry?

That 99-year-old woman? Who is at her last days of life?

Can you see that gap? A baby girl who was just born and an old lady who is about to die.

We live in a country where stealing money is a more serious crime than stealing someone’s innocence.

The culture of India is like that we worship our goddess but we don’t respect our women why? Goddesses were also women why do you guys worship them?

If you remember there was a case where an eight-year-old girl named “Asifa Bano” was brutally raped and murdered by 8 men in a temple. Yes, in a temple.

Until this case happened, the temple was the safest place for me.

In what kind of country we are living in?  Where a father rapes her daughter? Where people rape a new born?

We are in our 70th independence still India got the tags of rapes, slum, pollution, poverty, dirt, etc.

Till when India will carry these tags? Till when this rape culture will continue in India?

If we want a change and remove this rape culture, we need to take action merely candle march is not enough. If people who are sitting on high posts are not doing anything, then this is the big time to take action for our own safety. Because: “Action speaks louder than words’’

The problem is big. The attitudes are small. The change starts with you.  We want you to know that Short skirts don’t rape. Rapist rape. You need to teach your son that women are not a toy. She is the one who gave him birth. 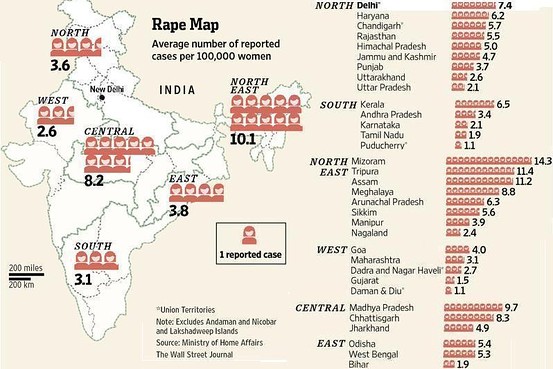