Alumni to Delhi University Tina Dabi, the proud of the nation is not someone who needs an introduction! This girl already received her golden cap and is now busy adding feathers to the same. 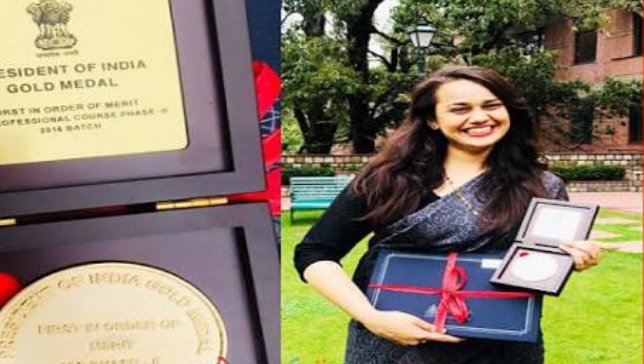 On Friday, Tina who qualified for the UPSC exam in 2015 and joined the Lal Bahadur Shastri National Academy of Administration for last two years has been conferred as “first in order of merit.”Dabi has received the President’s Gold Medal for her achievement. She had tweeted the same thanking her husband the second IAS topper for the same quoting without him it wouldn’t have been possible. Feels good! Isn’t it?

And more than good it feels like a dreamy affair! Topping the IAS exam in the first attempt, marrying the second topper, and then this, being the topper of the batch of the trainees and receiving the Gold Medal by The President. But, the efforts she would have done for the same must have been beyond the measures. Cheers to her and to all other trainees!