It’s a matter of pride to share that PM Narendra Modi will inaugurate a statue of Sardar Patel, described by Gujarat’s government as the world’s tallest, on the birth anniversary of India’s first Home Minister on October 31, 2018.

The 182 meters tall statue, the “Statue of Unity” in Gujarat, will be a symbol of the country’s unity and integrity.

Tallest Icon of all: 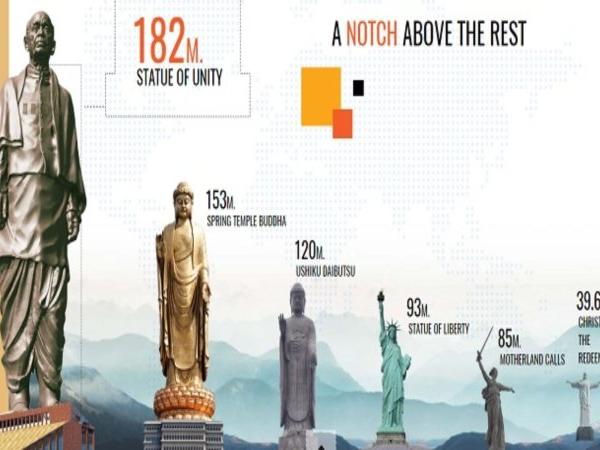 The 182-meter figurine of freedom fighter Sardar Vallabhbhai Patel, called the ‘Statue of Unity’, is almost complete with construction workers reaching waist height of what is going to be the world’s tallest statue. 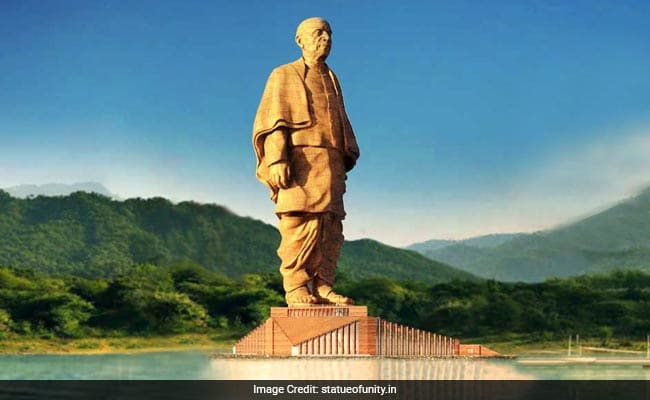 The project set into motion five years ago, when Narendra Modi, then the chief minister of Gujarat, had laid the foundation stone in the month of October in 2013. The massive icon is slated to be inaugurated on October 31 on the occasion of the 143rd birth anniversary of Sardar Vallabhbhai Patel.

Tribute to the “Iron Man of India”: 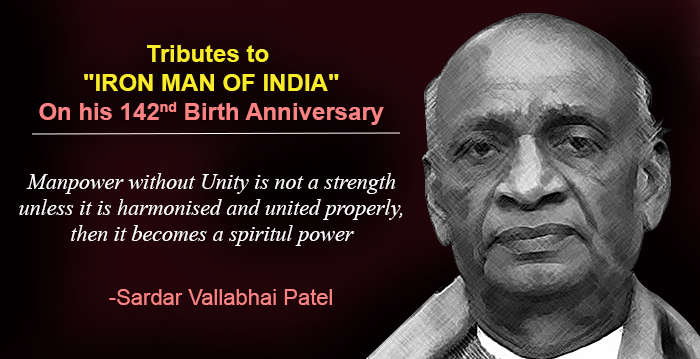 The Rs 2,980 crore-project is meant to be a tribute to the man who was instrumental in the making of a united India by canvassing across the country and negotiating with princely states and others to become a part of Independent India.

Statue of Unity to stand tall in Gujarat: 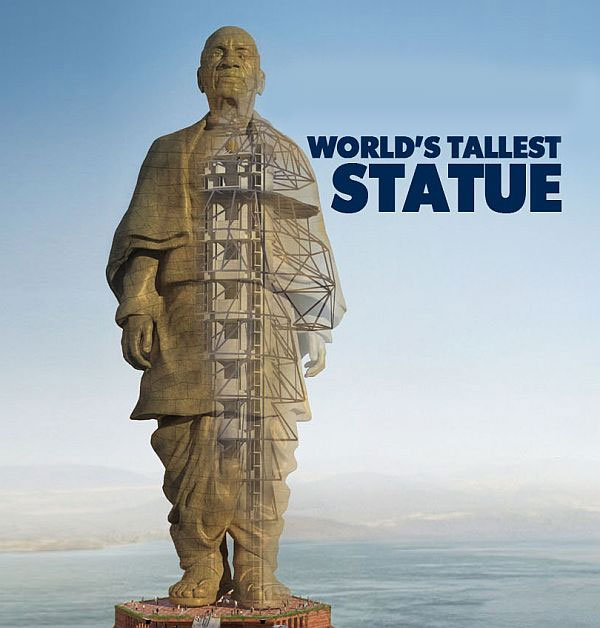 Once finished, Patel’s icon would stand tall some 200 kilometers away from the state capital Ahmedabad and it will be surrounded by the Narmada river. The statue is coming up at Sadhu Bet at Kevadiya Colony near the Sardar Sarovar Dam in Narmada district. 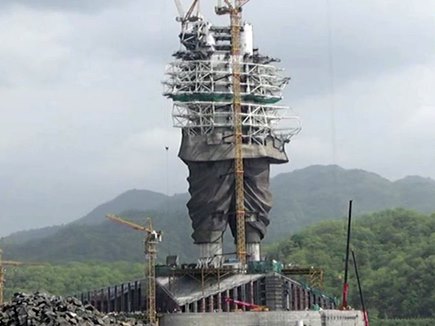 A mixture of concrete and steel will act as a skeleton for the massive statue and bronze panels will be used on the exterior. According to an Indian Express report, the contract for the steel framework has been handed over to the Malaysia-based Eversendai, which has constructed Burj Al Arab and Burj Khalifa – Dubai’s famous highrises. For the bronze work, the TQ Art Foundry has designed about 5,000 bronze panels under the supervision of artist Ram Sutar that have been assembled at a workshop on the site before being clad to complete the facade in stages, adds the same report.

World-class campus to come up near Patel statue: 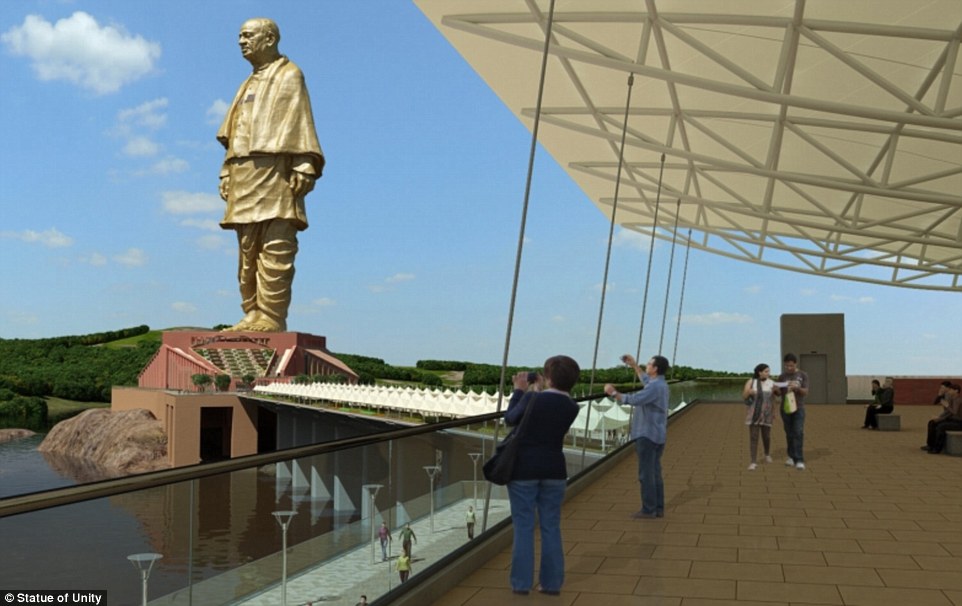 The project also envisions the establishment of a world-class campus that would be on par with global standards with regard to cleanliness, security, cafeteria, food court and other facilities. Gujarat CM, who recently took stock of the construction work at the Kevadiya Colony region near Narmada Dam, also discussed the progress on other facilities like boating, valley of flowers and tourism infrastructure that will be coming up at the site.

exciting..isn’t it? Looking forward to this tallest statue of the world!