Home BLOGS SHERLOCK is Back

Sherlock is a crime drama television series written and created by Steven Moffat and Mark Gatiss, inspired by the works of Sir Arthur Canon Doyle’s Sherlock Holmes detective stories. The masterpiece stars Benedict Cumberbatch as Sherlock Holmes and Martin Freeman as Doctor John Watson. The critical reception has been highly positive , and hence after the praising of the quality of first three series as a new year gift ‘Sherlock’ is returning with three brand new episodes that promise laughter, tears, shocks, surprises and extraordinary adventures. 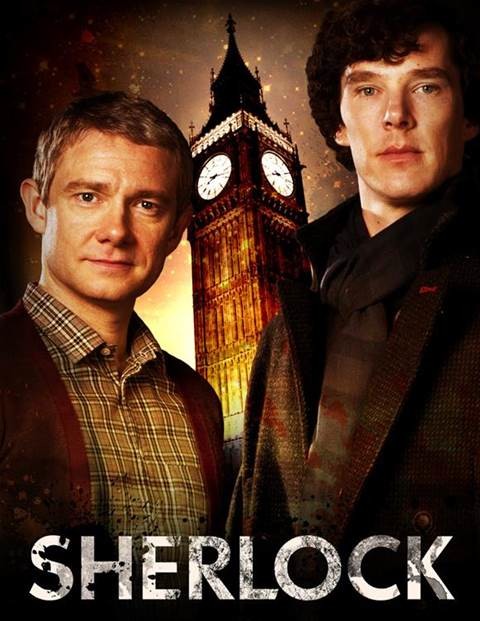 The first series was broadcasted on 25July 2010. The series had three episodes, A Study in Pink , The Blind Banker and The Great Game. In the series a modern day Sherlock Holmes teams up with former army doctor John Watson and Rupert Graves as his long suffering Detective inspector to solve crimes of serial suicides, ghostly assassinations and a mad bomber who threatens to blow up innocent people.

After the high ratings for ‘A Study in Pink ‘ the BBC were eager to produce more episodes and came up with season 2 of ‘Sherlock’  and was broadcasted on 15 January 2012. In three thrilling new episodes,  A Scandal in Belgravia, The Hounds of Baskerville and The Reichenbach Fall, Sherlock Holmes teams up with loyal friend John Watson to solve dizzying array of crimes. From Belgravia mansions to windswept moors, the duo battles and greatly anticipated villains who want to rule the world and a hound from the hinges of hell.

The third series of ‘Sherlock’  was broadcasted on 1 January 2014. The series consisted three episodes The Empty Hearse, The Sign of Three, and His Last Vow. The episodes followed Sherlock Holmes returning to London and reunion with John Watson. But this time things were different, with new member in the team, new arch villains and above all a new threat that lied very close to home.

And now ‘Sherlock’ will return on 1 January 2017 will season 4 and will begin with mercurial Sherlock Holmes, again back with John Watson and his wife Mary preparing for the biggest challenge, that is, of becoming parents. Co- creator, Mary Gatiss writes, “series four! At last! its always special to return to Sherlock but this time its even more special. Not only that, three episodes will take Sherlock and John Watson into deeper and darker water than ever before”.

Well, its not just the team who is terrifically excited to return, even the audience is eagerly waiting for the new adventures this new year. As the game is on-again.