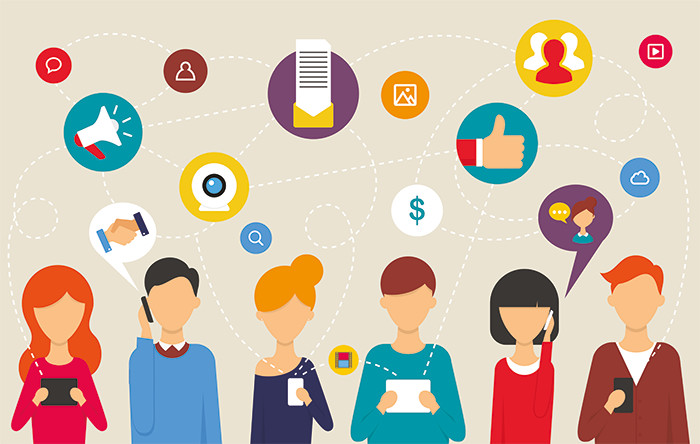 Isolating oneself from a previously engaging and busy life can bring about major changes in one’s personality. Currently 2.6 billion people i.e. one third of the world’s total population is living under some kind of lockdown or quarantine. Due to the current spread of COVID-19 at a global level people have gradually started to observe severe changes in the pattern of their daily routine too. It has become difficult for a major population to devote appropriate time to their health conditions : physical and mental.

Neglecting mental health is the foremost reason why people tend to foster undesirable habits. Students are more vulnerable in this situation. This is a serious threat to the potential that the youth of today posses.

According to WHO roughly one- third of students test positive for at least 1 common DSM-IV – anxiety, mood, or substance disorder. Further Dr. Pratima Murthy from National Institute of Medical Health and Neurosciences (NIMHANS) says ‘routine becomes important as you grow older and any disruption in the routine can lead to anxiety’. The sudden pandemic has left people wondering what can they do in the status quo. People are suffering from constant boredom. This has given rise to unorganized and disorderly habits.

The life of a college student has always been full of hustle and bustle. There was no difference in the same in pre-lockdown conditions as well. It was only after the official orders regarding the lockdown came. There occurred a drastic change in their lives, majorly impacting on how they utilize their time now.

The maximum amount of time is spent on social media platforms. Some prefer to binge watch series/movies instead. Even education is being provided online. Apps like zoom have further capitalized upon this opportunity. It’s no surprise that it has become the top ranked business app amid COVID 19. The students have no choice but to make use of the internet for accessing online study material. All this has led to a serious issue of dependency on the internet. Apart from having physical health problems such as obesity, weak eyesight and frequent headaches, students are now suffering from mental health issues too. These often go neglected.

Is being productive really necessary ?

The constant battles over being ‘productive’ on social media at this time are ingrained of unhealthy
competition. From posting stories of what they baked to spending ample amount of time recording and editing their videos has established a form of virtual rivalry. Everyone seeks to be ahead of the other. This has given rise to constant overthinking and overanalysing which doesn’t require that much of the attention. Incessant questioning follows thereafter- ‘did I do better’ , ‘are my baking skills good enough to make something that pleasing’ , ‘do I look good enough in this video?’ And a never ending interrogation of one’s self worth.

What is the hype doing to you ?

The hype of being productive has come with consequences to say the least. Social media apps showed an increased usage and engagement during this time. This is the exact reason why platforms like Facebook and Instagram are constantly working on advancing their tools and features. The screen time of an individual has increased manifold. What’s more is that all this goes unnoticed. They fail to realise that it creates an obstruction in their journey to obtain mental peace. They can devote the same time to the things that are worth getting involved in. This ignorance is gradually drifting them apart not only from their loved ones but also themselves.

They are falsely claiming a personality which has nothing to do with their actual self but is an outcome of social pressure, manufactured consent and unhealthy competition in the name of ‘productivity’.

What can be the signs ?

It becomes imperative for the youth to realise their disrupted patterns of behaviour which are disguised as ‘the number of likes and comments’ on their posts. Mood swings, anxiety, reducing/reduced self esteem can be major signs to look out for, during this unfortunate time. Feeling irritated and annoyed over the tiniest things are other signs that occur when the sub-conscious mind battles with a lot of problems that you might not necessarily speak but think of everytime. Make sure that social acceptance springing from such an environment is no criteria to determine your potential or productivity.

Be aware of your mental health conditions and ask for professional help if so needed. For this various provisions have been provided by many colleges, universities, institutions and organizations. Several colleges of Delhi University have made available the facility of virtual counselling sessions. The ministry of home and family welfare has issued guidelines regarding mental health issues too. Its essential for the youth to look out for their mental health given that they are highly vulnerable right now. Take a day off amigos! Breathe !