On the beautiful morning of 18th January; Ramjas college glowed with exuberance and eminence marking the entry into its centennial year. The day began with the traditional Tonga ride and cyclothon to warm up thus acting as the icebreaker to the wintery blues of the chilly morning. Students all over DU; came to together to celebrate Ramjas’s 100th birthday. The students of Ramjas maintained a euphoric fervor by wearing centennial celebration sweatshirts, caps and badges saying-“Proud to be a Ramjasite”.

The formal function began with the grand inauguration of the centennial celebration logo by the Chief Guest Honorable Lt. Governor Shree Najeeb Jung. A nostalgic video showcasing the journey of Ramjas college from a humble beginning to one of the best colleges in the nation, captured the audience. The guests of honor narrated about the rich legacy of Ramjas and how it has established itself. A captivating speech was given by Shri Rajendra Prasad- Principal of Ramjas college and longest serving principal of Delhi University followed by an inspiring speech by the guest of honor. The balloon release ceremony was a favorite of many as it symbolized- Ramjas college, soaring great heights at the same time maintaining a pedestal of free thought and flow of ideologies.

The day then shifted into an entertainment mode in which Jai Karan and his party charmed the audience with their expert Sapera Beer Vadan skills. Soon, we all found ourselves mesmerized by the upbeat and dynamic Western dance and folk dance fusion. The event for Jan 18th, came to an end with the innovative and eye capturing Fashion Show put up by the Fashion society of Ramjas college. I must mention; the eye candy girls and handsome boys were surely a feast to the eye for the spectators! 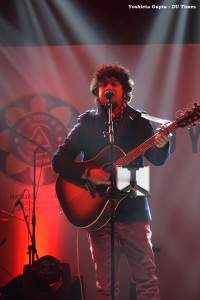 With such an eventful and fun 18th Jan.. the next day was awaited with the same enthusiasm. The multi cuisine food plaza was a huge success as it was a treat to the taste buds. Backbeat (Ramjas college Band) and Astitva regaled the gathering with their melodious hit numbers. 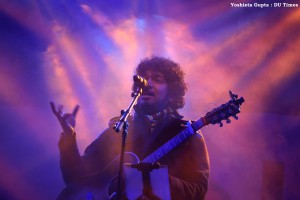 The evening PAPON concert was Houseful with students, staff members, teachers etc all enjoying and dancing to the exotic and exhilarating music. Hit numbers like -‘Humnava,barfi’ and ghazals along with pieces of revivifying poetry made the concert worth watching. 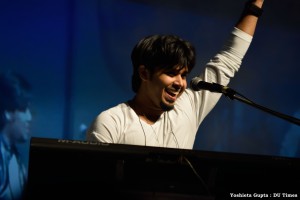 All in all the inaugural of centennial year of Ramjas college was a grand success. It was an epitome of euphoria, fellowship and teamwork. Every Ramjasite had pride in their eyes as they were the lucky ones, to witness their college’s 100th birthday…
Way to go, Ramjas!!