Home BLOGS Pokhran and Shri Atal Bihari Vajpayee
“The answer to an atom bomb is an atom bomb, nothing else.”
Atal Bihari Vajpayee said these words in the Parliament in 1964. India had suffered a humiliating defeat to China two years earlier to when the statement was made.
Twenty-four years later, India conducted nuclear tests and emerged as a nuclear power with Operation Shakti in Pokhran in 1998. 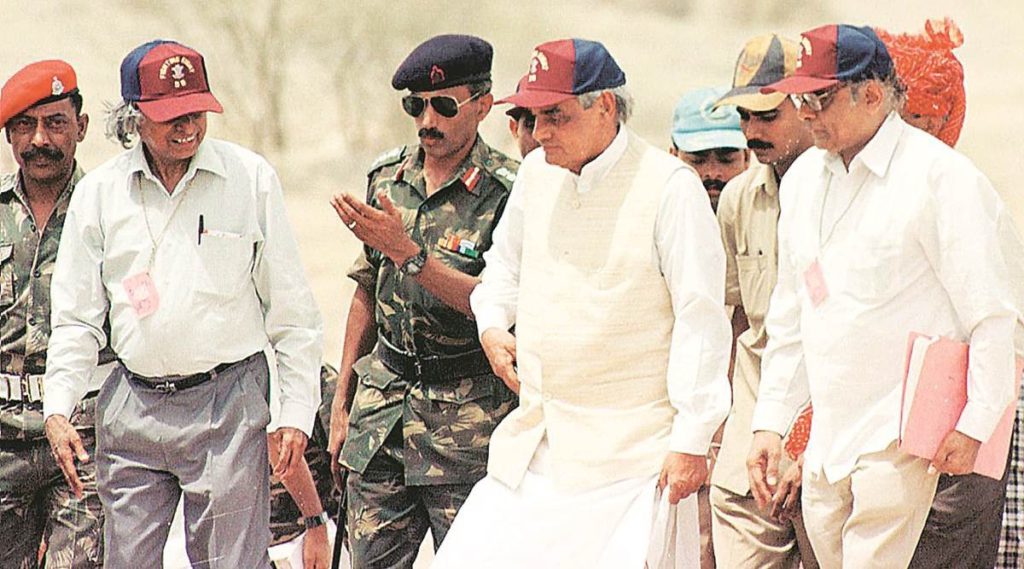 Twenty years ago, on May 11, 1998, the then Indian prime minister Atal Bihari Vajpayee declared India as a nuclear power with the Pokhran Test.
Pokhran-II was the series of five nuclear bomb test explosions conducted by India at the Indian Army’s Pokhran Test Range in May 1998. On 11 May 1998, Operation Shakti (Pokhran-II) was initiated with the detonation of one fusion and two fission bombs. On 13 May 1998, two additional fission devices were detonated, and the Indian government led by Prime Minister Atal Bihari Vajpayee declare India a full-fledged nuclear state.It has been one of the biggest contributions in Indian history.
Dr. Abdul Kalam played a crucial role when India tested its nuclear weapons at Pokhran in 1998 when the Vajpayee government was in power. 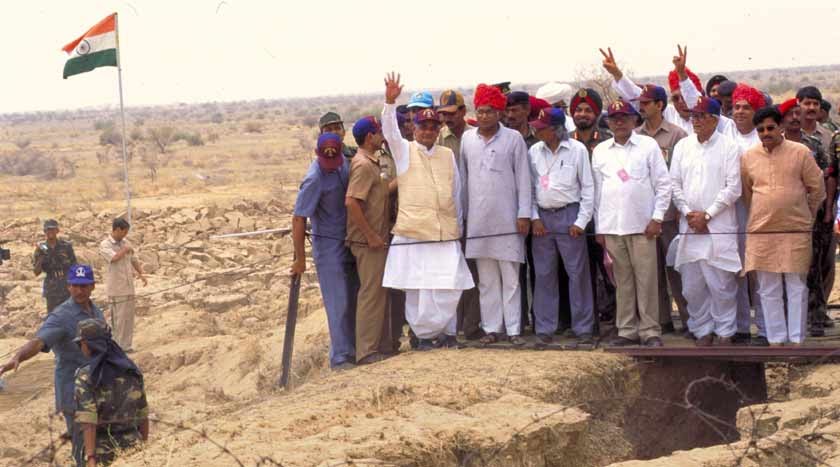 Former prime minister Atal Bihari Vajpayee congratulated the Indian Scientists and engineer at a Press conference in New Delhi soon after India successfully conducted three underground nuclear tests in Pokhran range.
It is 20 years to the day that the earth shook in Khetolai in the Pokharan desert in Rajasthan. BJP had promised that India would go nuclear and Atal ji had now fulfilled his and the party’s promise. This was one of the biggest days in Indian History. India was now a part of the new world order.
The entire operation was conducted in such high that only a few people knew about it.
Although, India faced several International sanctions, however, India’s entry to the International nuclear club had definitely shaken the West. To this Vajpayee ji defended his move and questioned in Parliament as to why his country shouldn’t be self sufficient in national security matters. From that day till today, India has made an incredible progress jn this field. We are really thankful to Atal ji for his immense contribution to India. We can’t imagine this present day India without him.
His legacy will stay forever with us. Rest in peace, sir.