Delhi University on Tuesday had informed HC that it is all set to conduct the OBE for its final year students. A day later of informing so, the university decided to postpone the exams till mid-August. 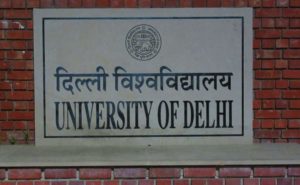 DU submitted before the court that the decision came after a meeting on Tuesday among the University officials, University Grants Commission (UGC) and MHRD, that the exams have been shifted.

Justice Pratibha M Singh remarked “just see how you are playing with the lives of children.” Till Tuesday, the judge said DU had claimed that it is all geared up to conduct online exams.

The university, through senior advocate Sachin Dutta, then told the court that during mock tests, more than 4.9 lakh question papers had been downloaded and attempted, and 4.7 lakh files uploaded successfully, showing that the students were able to access the mock tests as well as upload the documents.

“You were not fair with the court about your preparedness for holding the online examinations. You are saying you are ready but the minutes of your meeting shows to the contrary,” Justice Singh noted, while hearing petitions by several final-year DU students seeking withdrawal of exams for final year students including SOL and NCWEB.

UGC said that it has allowed universities to conduct exams for final year students as per their convenience provided September is the deadline.

DU students have urged their university to grant them degress after evaluation based on past performance.