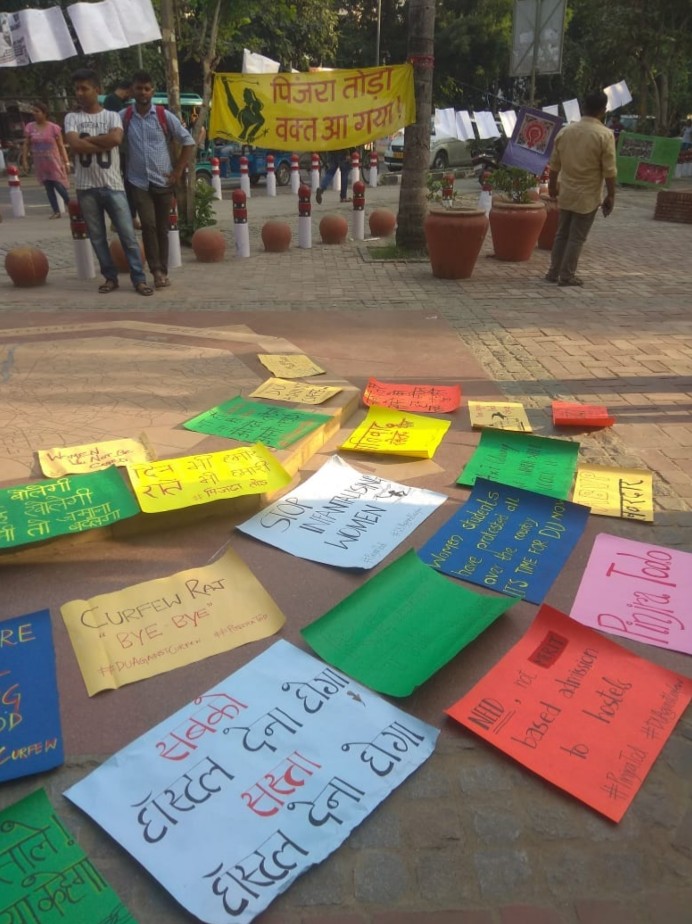 The Pinjratod collective which has organised a protest today which started by four this evening in front of the arts faculty at DU, has gained great amount of momentum now as we find hundreds of people gathered outside the faculty demanding that the gates be opened for those inside. The protest that seemed to have been of only a few now has a crowed shouting slogans and enraged to fight for their demands. The protesters are surrounded by police officers. The women hold chains and locks in their hands and are accompanied by many male students as well,. They waited outside the gates for hours until the proctor could come out to talk to them. 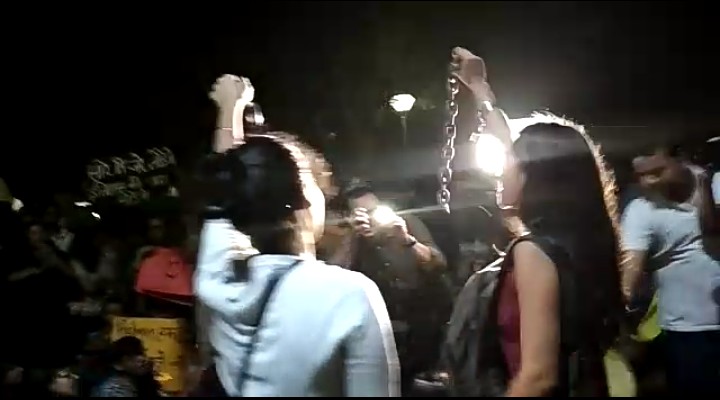 The impatient crowed wanted answers. The pinjratod movement which has been demanding a complete removal of curfew from all women hostels along with other demands seems to have tried all means possible protests, press conference, ICC draft codes yet, the university seems to have not responded. Thus they have gathered with all intentions to stay all night. They wanted the students inside the faculty to be let out which the authorities were resilient to comply with,. They gathered around with Nare of Azadi and songs of freedom. The students were gathered for the past four hours and seemed agitated as seen when the people surrounded her and would not have allowed her to leave, if the police had not intervened.

The women have moved to the main road, they marched to Miranda House with the women there jumping the gates. After many from Miranda jumped the gates, the crowed marched to Vishwavidyalaya Metro station and sat all around blocking all paths where they are sitting and lying down in circles, this has caused a massive block with many stuck. The protest seems to have put many in trouble though many in vehicles have come out and have joined the protest thus the crowed seems to be increasing with every passing hour. The police is trying to control the situation as commuters seem tensed, the protest which  was peaceful so far does not seem to be so anymore. 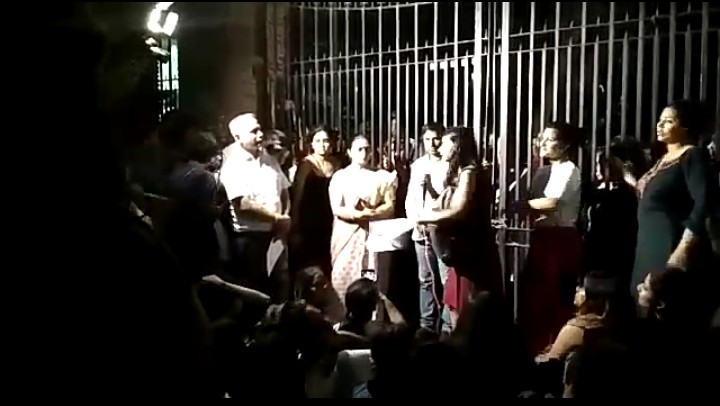 The protesters have blocked the roads with many office comers irritated and others calling it bullshit but many have come to support the same. The Protesters have stated that the protest would go all night.