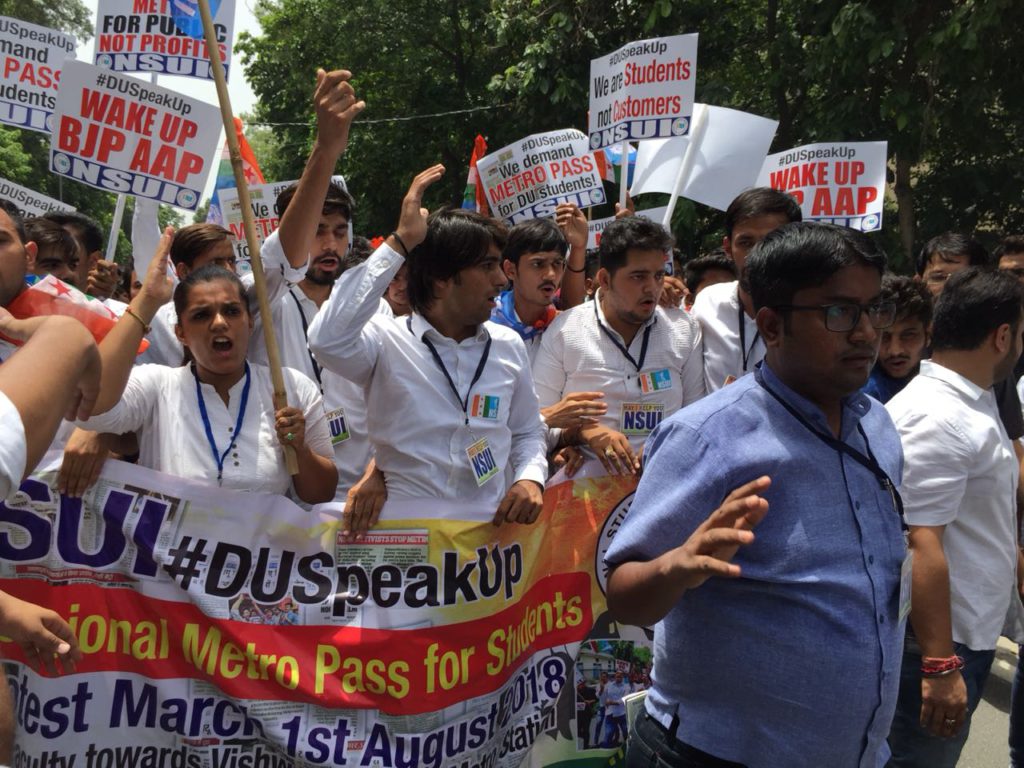 “As per the DMRC Reports, there has been 100% price hike in Delhi metro last year leading to a loss of approximately 5 Lakh commuters every month after December 2017. Already, the students of Delhi University have been suffering due to lack of hostels leading to private accomodation, privatisation of education, financing courses and now a public transport which was meant for the welfare of the public is now changed for profit making purpose, ignoring the interest of the students and general public. Thus, NSUI will continue to fight and demand concessional passes in Delhi Metro.” said Akshay Lakra, Delhi State President of NSUI. 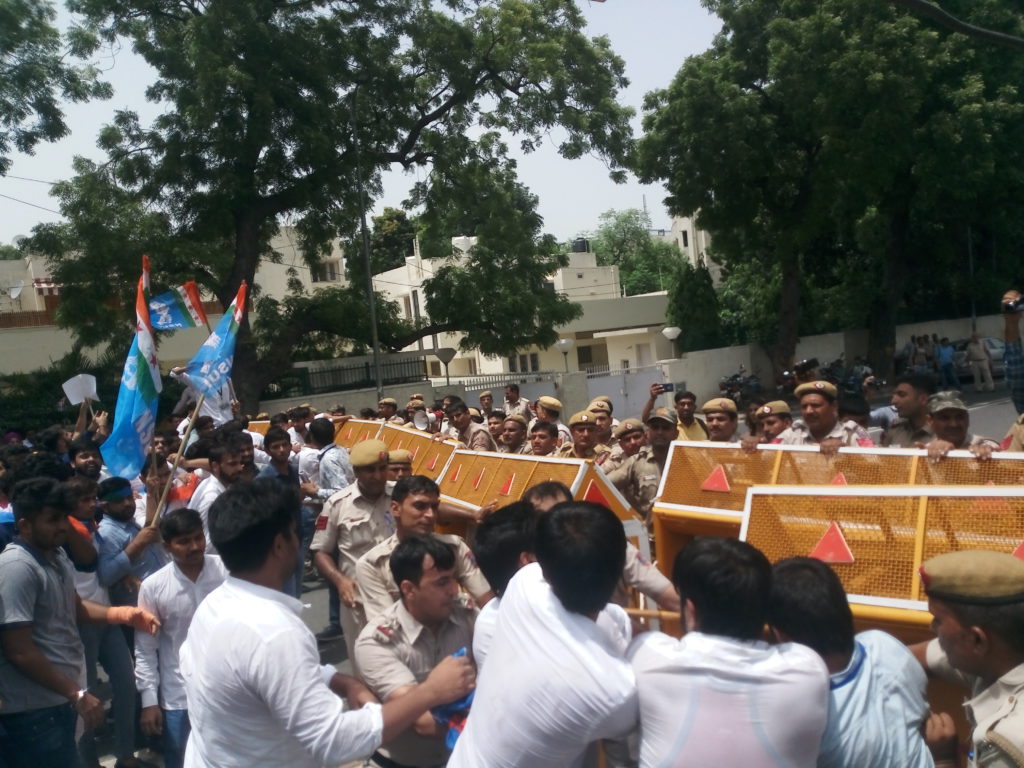 NSUI was on the roads of Delhi University protesting from Arts Faculty to Vishwavidyala metro station was stopped by Delhi Police in between who had occupied the Delhi University metro gates at Vishwavidyala Metro station, Gate no 3 and 4.
In regard to the allegation by opposition, that this only comes up during DUSU Elections and is just another political tactic with hidden agendas, he responded “There is no as such hidden agenda, if there was any sort of hidden agenda then NSUI would not have protested and risked their lives by jumping on the metro tracks on 9th October 2017, when a price was scheduled in Delhi Metro which was later cancelled! But, it is quite saddening that instead the leftist, Vidyarthi Parishad or the oppositions joining us for this common cause, they are just labelling our protest and politicising the issue.”
Concluding his statement, he further added, “NSUI is the only organisation that has stood up for this significant issue. Delhi Metro is the one of the most safest way to commute across Delhi, specifically for girls to be used for travelling during the odd times. But, it has been used for profit motive by the Modi Government in the centre and the Aam Aadmi Party Government in the state. The DMRC lies under both the centre and the state government with significant share of each and the Fair Fixation Committee which regulates the fare consists of both AAP and BJP Party members but apparently, both have failed to analyse the welfare of the students and had disappointed them. Thus, its high time that we should react and realise the fact that we cannot continue this hardship anymore and fight for the cause demanding Concessional passes to Delhi University Students!”
Thus, prioritising the interests of the students, DMRC should introduce Special student cards with 30% to 50% concessional fares inorder to reduce the cost burden on students. It would not only ensure a safe jouney but, will also promote education!