A self-styled godman in Assam’s Morigoan district was arrested by the Assam Police on Thursday for allegedly exploiting women devotees. 31-year-old Ram Prakash Chauhan, who earned his name of the ‘Kissing Baba’, by claiming to have blessing of “Lord Vishnu” to resolve the problem of personal life and cure people’s woes by his “chamatkari chumban” meaning miraculous kiss. 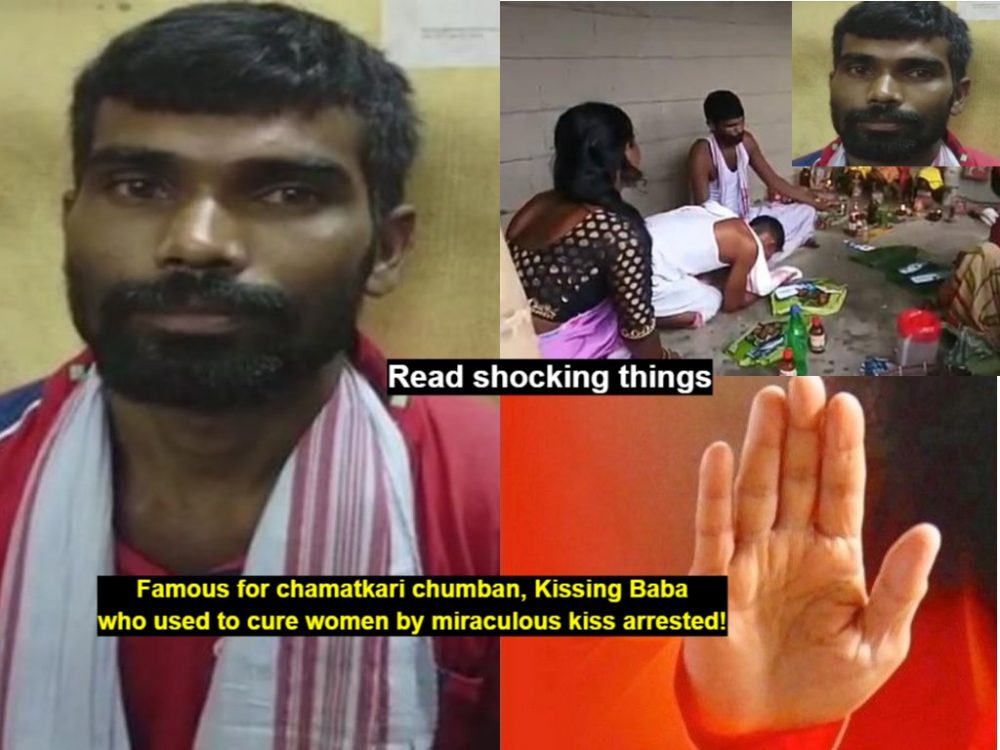 The police also arrested his mother for complicity in spreading the news of her son’s therapeutic powers “acquired from Lord Vishnu” and transmitted through kisses on any woman seeking a cure.

However, this is not the first time that a self-proclaimed godman has been accused or arrested on sexual exploitation charges. Popular personalities like Asaram Bapu, Gurmeet Ram Rahim Singh and many others have been exposed in the past. And I strongly believe people like them deserves strict punishments, what do you people think? Let us know in the comment section below.