Home BLOGS Journey of an AIESECer

~ Through the words of a Local Committee President himself. 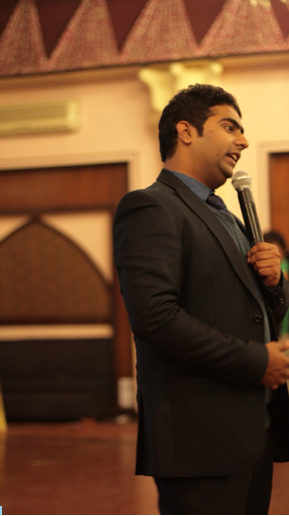 What if I tell you that a degree is not all you need to shine as a professional? Would you laugh out loud? Or you will tag me as crazy? Well, if that’s what you think then certainly we in AIESEC have an answer for you. Karan Sawhney, who is the Local Committee President or as we call it, the LCP of AIESEC in Delhi IIT shares his AIESEC journey. He is pursuing his graduation in BBA from Manav Rachna International University. Despite being an undergrad, Karan has surpassed the qualities of a professional in terms of Leadership, Planning, organising, managerial Skills, and what not.

Here, we share his remarkable journey as an AIESECer through which one could easily understand that AIESEC has brought about a unique change in his life and promise to do wonders for others too! AIESEC does make a difference adding up to the overall development of an individual.

So what is AIESEC all about? AIESEC is the world’s largest youth run organization. This international organization is currently present in over 124 countries empowering young people with practical leadership opportunities to develop themselves into global leaders with an urge to make a difference. AIESEC in Delhi IIT saw its origin 34 years back in 1981. It is the oldest AIESEC chapter which started in India and continues to shine through decades. Being a parent entity of India, AIESEC DI proudly led and established AIESEC Chandigarh in 1988. The exchange programs are smartly aligned with the best experiences to offer. Prioritizing on the quality of each exchange, AIESEC DI successfully provides students with various opportunities globally and generates socially responsible leadership.

Karan Sawhney joined AIESEC in Delhi IIT on 18th April 2013, and is going strong with full passion and dedication towards this organisation. When asked about his leadership experiences so far, he had a lot to share. From being a member to Team Leader in 3 months and from a manager to the Executive Board (EB) member in 5 months, his journey has been quite challenging. He was also the Organizing Committee President (OCP) delivering Baalkalakaar, the biggest social event in Delhi in 2013. Karan changed the fate of the development sector by bringing the most impactful sector back to its glory through his hard work. A sector which was shattered in its 8 months of existence was losing its value rose from ashes to glory and became the most progressive sector in no time. Now, being a Local Committee President (LCP), leading a team of 200 individuals successfully is what he is proud of.

AIESEC in Delhi IIT delivers multiple events including Baalkalakaar, Youth Speak Forum, Youth Leadership Conference and many more enchancing the overall growth of an individual. Karan has been lucky enough to be a part of 11 Local Conferences, 8 National Conferences and 1 International Conference which was held in Macau University in the first week of March this year.

“Never give up, believe in yourselves and be passionate about what you are doing”, is what he has learnt out of his AIESEC experiences so far.

Agreeing completely with the question that if AIESEC has been a journey of both highs and lows, Karan Sawhney says his journey is all about both low and high points. Being betrayed by best of friends, being disliked and criticized never pulled back Karan from being the best. During his Managerial term, his team of three was successful in achieving 100% member’s retention and two of his members made it to the best performers in the Local Chapter which for him is the highest point of his journey.

Sharing details about the selection criteria, he adds that AIESEC recruitment drives takes place twice in a year. The organizing Committee for recruitment of new members visit different universities and institutes. The interested candidates have to fill in a form that is distributed followed by a group of assessment test in which the candidates respond to several situations that analyze their creativity and ability of working in teams. The final stage is a one-to-one interview that determines whether he/she is actually eligible to be a part of AIESEC or not.

Asked, why would you recommend people to join AIESEC, Karan replies, AIESEC is a platform which would help you grow in ways you can ever imagine. One is free to leave this organization any time, It’s all about giving and not taking. This non-profit organisation aims to create an impact, delivering practical experiences and understanding of a global culture. It is the best platform to showcase what one is capable of. “Join AIESEC to prove yourself and to grow as a person.”, he added.

“AIESEC is one full bucket of water full of opportunities, drink as much as you can. Learn, grow, enhance your knowledge and skill, and when you think the entire bucket of opportunities is finished, one is free to leave the organisation!”

He goes on telling that AIESEC is like a family, life, 24/7 and a home away from home for him. It is a second college for him. Karan is proud of being part of two colleges, one being Manav Rachna Intenational University and other is AIESEC. Also, he is grateful to his college for its tremendous support in the last two years of his AIESEC journey. He also feels that this organization has given more than a college can teach. Here, he got to make tons of genuine friends as one gets to meet people from different parts of the world. Now he leads the number 1 local chapter in the country with his team : The Dream Clan!