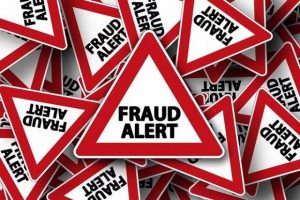 “OUT WITH THE INNOVATIONS, IN WITH FRAUDS”

A new malicious practice that has emerged in the Indian job sector is cheating and wheedling money out of innocent students under the pretext of a false job promise. Many students, youngsters, and job seekers make their job profiles on various business and employment-oriented online platforms and services. These platforms allow students to establish connections and apply for various job offers that suit their credentials and preferences.

Many fraudulent and fake companies are operating on some of these online jobs providing platforms. They hatch a plot, make a call to the ingenuous young people looking for jobs and inveigle them to pay a small amount of money to secure their jobs in the companies. When the target agrees to pay, he or she falls into a vicious trap where they go on cheating and harassing the target by consequently asking them to pay “security money”, ” training providing money” etc which would be refunded on the first day or week of their jobs. This is absolutely disgusting chicanery to swindle your hard-earned money. Their use of skullduggery and knavery knows no limits. Don’t fall for it.

Speaking from personal experience, I am a budding journalist and content writer. I have made profiles on many sites. I cannot tell you how many times I have been tried to con. Using names of popular news channels like TV9 Bharatvarsh, Zee Hindustan, and big names like Amazon, these fraudsters have called me and told me that they saw my profile at or this site and they really liked it and wanted to give me a job. But here is the catch – I have to pay 1000 Rs, sometimes, 2,000 Rs as deposit money which will be refunded on the joining date. In one instance, the person tried to bargain a deal with me saying that we can reduce the amount by 500 but not more than that. I couldn’t control myself but laughed since I had a fair share of experience beforehand.

LET’S SEE WHAT DU STUDENTS HAVE TO SAY

I was very disheartened by this because it harmed my self-esteem. After all, I had just started looking for jobs. But when I shared my quandary, I came to know I was not alone. Under the condition of anonymity, a student of Miranda House revealed, “Recruiter4job.com contacted me for a job and asked me to pay for registration and then more and more for something else or the other. They took more than Rs 40,000 from me and switched off their numbers and even the police help didn’t work”. She elaborated that they cheated her of the money that she had earned from her previous job with her honesty and hard work. The offices mentioned by the fraudsters were stables of cows and buffaloes.

Isn’t it the responsibility of the job platforms to check before letting these fake companies make a profile on their sites? Students think that the presence of such companies on the renowned platform certifies their authenticity which is why their credibility is not suspected upon. This is not a single incident but the youth of this country has witnessed many fraud attempts like these.

IS ASKING TO BE PAID FOR MY HARD WORK TOO MUCH?

A student of Ramjas College gave a statement, ” I was working for an application company where I had to get reviews from the app. I was told that I will be paid according to the number of reviews I get for the app. I did my work diligently and got 30-50 reviews. But still, the employer told me that the reviews were not long or wordy enough so I will not be paid. I felt cheated and let down.” She did not get money for the work that she was promised to. Shouldn’t there be legal action taken against such people who see college graduates and students as free-time laborers?

In Covid times, where unemployment is at an all-time high, people with jobs are losing jobs and people with no jobs are being robbed of their money. These are sensitive times where people are insecure about their livelihoods and future. It’s absolutely shameful that their innocence, lack of experience, and insecurities are being taken advantage of. They have made a huge sum of money by targeting youngsters especially in delicate times like this.