While the University of Delhi offers various extra-curricular activities to hone one’s personality. One such pursuit is the street play or as it is fondly called nukkad natak, paraphernalia to spread social message. We all love these street plays as it there is no difference between the audience and stage but only few know how difficult it is to plan and execute a nukkad natak. So to know the truth I interviewed Ansh Sangal- President of Shades, the street play society of Keshav Mahavidyala, Delhi University.

What are the stereotypes that are autonomously attached to street play actors?

People have this perception that street play is all about enjoying yourself, so if you are a part of it, all you do is make merry. Also, it is perceived that our performance is not up to the mark academically, which is of course not true.

How would you describe the hard work done by your team over the time?

‘Actions speak louder than words’ is the ideology we live by, the feathers our hats don bespeak for our hard work.

What do you have to say about Kar-Maa, one of the most memorable plays of Shades?

It is a necklace whose pearls are our team members; it has been stringed by our hard work. Kar-Maa was not inspired by another mother-child relationship, but an ode to all the mothers, the unsung heroes.

Which winning experience has by far been the most memorable?

It has to be Mood Indigo, the fest organised by IIT Bombay, undoubtedly. It is like the world cup of street play. We were unaware of the victory until the other teams came and congratulated us, that was when we realised that we had won the most coveted competition, we rushed to the performance area, hugged each other. It was huge and an unforgettable experience.

Stage play or street play, what would be your pick?

How do you feel has Shades changed you?

I owe a lot of what I am today to Shades, being a part of it has been a life changing experience. I can walk up on a stage and entertain an audience of thousand all by myself even for an hour. Also, a film landed in my kitty because of it.

What all do you feel it takes to be a play street play actor?

A lot of confidence, strong personality and a sunblock (laughs).

What is the theme of your new production?

It is a play on brain-drain. The ever increasing alarming rates are one of the motivational factors.

What tips would you like to give to aspiring actors?

If you sincerely want to do acting then only get into it, not just for the heck of it. Acting is an art which needs to be respected.

-As interviewed by Harshita Arora 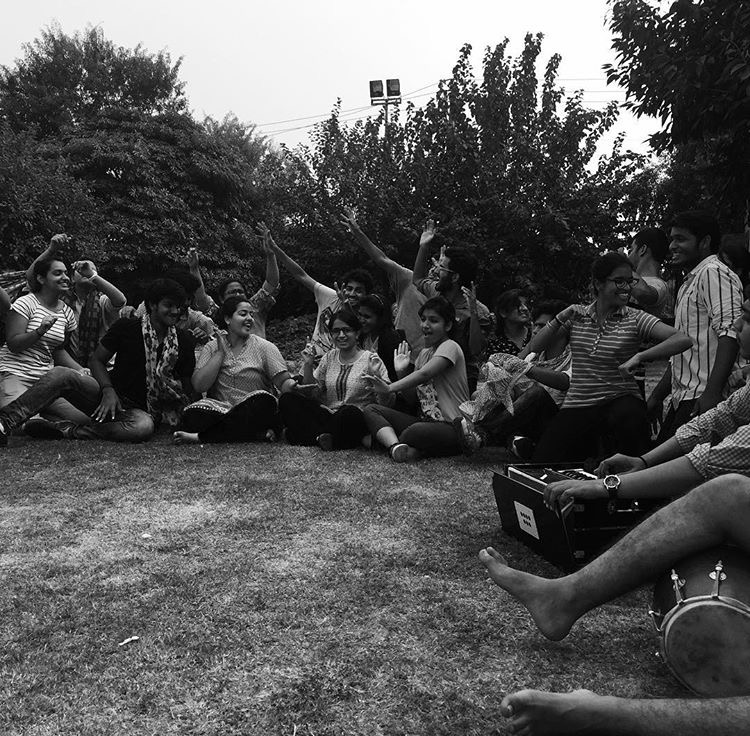