Well well, here is an interesting news for all the die-hard fans of this exceptionally wonderful series GAME OF THRONES which you being such a huge fan, just can not skip.

On Monday, the 70th annual Primetime Emmy Awards honored the past year’s greatest achievements in television and with no wonders, the night reminded all of us that the show with the dragons is still pretty good. HBO’s record-breaking fantasy epic Game of Thrones stormed back onto the Emmys stage, winning the best drama series prize on a night full of surprises that stunned the audience Game of Thrones, went into the night as the most-nominated drama with 22 nods.

The popular series was previously nominated for Outstanding Drama for six consecutive years between 2011 and 2016, with wins in 2015 and 2016. While it had to sit out a round in 2017, this year it managed to not only get back in the race, but claim top honors at least one more time before its final season airs in 2019. 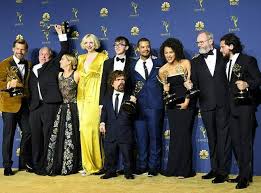 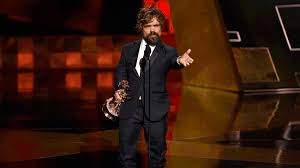 The highlights of the night says that in the acting categories, Dinklage earned his third supporting actor trophy for his work as Tyrion Lannister and this exceptionally wonderful series, Game of Thrones  walked away with nine victories (including seven trophies from the previously awarded Creative Arts Emmys) under its belt out of a total of 22 nominations for its seventh season.

Also Read: Things to indulge in during holidays