DU Student Launches an initiative for Swachh Bharat Abhiyaan (Mission-E-Safai) to unite all 757 Universities of India. 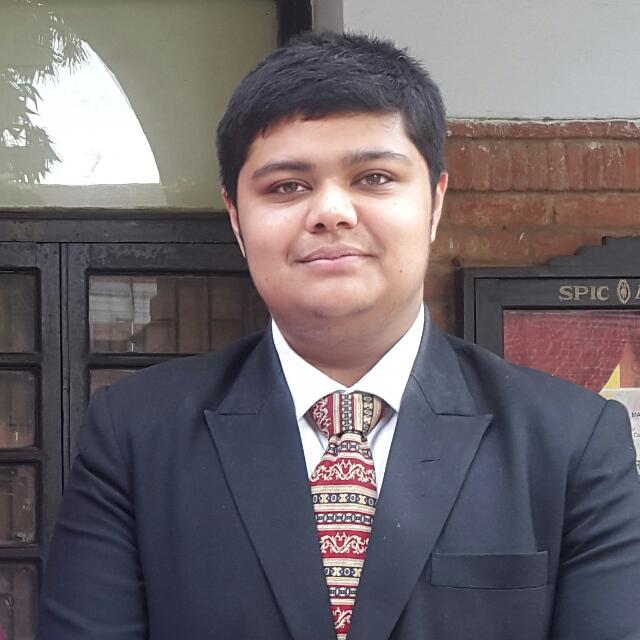 A first year student at University of Delhi Shaheed Bhagat Singh College Himadrish Suwan , a Columnist , Blogger , Author , Poet and Citizen Journalist(C.J) and the National Convener of Clean India, Glow India {Initiative for Swacch Bharat -Abhiyaan to unite 757 Universities across India} .He is the President , Youth Wing , Birds Foundation {Public Trust} & The Young Indian Voice . Himadrish is the Recipient of the International Association for Educators for World Peace Global Award for the year 2014 in the areas of Media & Information Activism. He also is one of the 6th most powerful youth of our country.
He has launched a movement named “Mission- E-Safai”:: Clean India , Glow India {An Initiative by the Students of University of Delhi}{A mission to unite entire 757 Universities of India}. He has made an advisory board consisting of Leading Public figures, Political leaders, Guinness record holder’s, Senior Journalist’s , Author’s and the Students from all 757 Universities of India . This movement will be reciprocated in the entire country as a movement of noble cause. It aims to unite more than 700 + Universities of India in a single national platform to reach the goal of Swacch Bharat Abhiyan. As per the planned plan entire 757 Universities of India will every week contribute to this initiative in their own locality, district and state .He has launched Booklet named as : “Mission- E-Safai”:: Clean India , Glow India {An Initiative by the Students to unite all universities across India} and getting huge response from the students and faculties from different universities across India adding to its success and turning it as India’s first and largest student Initiative for the Swachh Bharat Abhiyaan .
Himadrish recently met the National President of BJP, Shri Amit Shah and other public figures who gave their blessings and support. Himadrish was recently invited by the Ministry of Railways, Govt of India for his suggestions and ideas regarding the Swachh Bharat Abhiyaan. The Director and other senior officials of the Ministry of Railways appreciated his views and suggestions for Swachh Bharat Abhiyaan. They really liked his proposed plan of Cleaning Machinery for Tracks: Vacuum under Track Troller , the officials even directed to prepare a plan and model that could be shared with the minister and officials.
Likewise the core objective of Mission-E-Safai would be to cover all the rural and urban areas of the country to implement & practice cleanliness & sanitation practices and turn this country as an ideal case study the world. The mission will target to fulfill its aims like eliminating the open defecation, converting insanitary toilets into pour flush toilets, eradicating manual scavenging, complete disposal and reuse of solid and liquid wastes, bringing behavioural changes to people and motivate health practices, spreading cleanliness awareness among people, strengthening the cleanliness systems in the urban and rural areas as well as creating user friendly environment for all private sectors interested for investing in India for cleanliness maintenance.
Let us, as the powerful youth of our country, join hands to support this mission for a cleaner and greener tomorrow!