Delhi School of Journalism(DSJ) has barely been a part of any good news since it was inaugurated in the year 2017. And now the students of DSJ have been protesting against the college administration on the counts of poor infrastructure, inadequate facilities and the exorbitant fees of the institution all year. 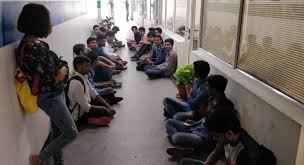 Well, as per the scenario, it seems like DSJ was started in a haste moreover it appears that the institute faces many existential challenges as there is no media labs, no proper desks, and chairs for first-year students, canteens converted into classrooms, no laptops and no proper library facility . The students alleged that for a strength of over 200 students, DSJ has only 2 computers and two faculty members.

Since there is no grant from the University Grants Commission (UGC), students pay a fat sum as fees, while most things they pay for, are unavailable on campus which also inculcates the absence of basic amenities for studying media courses, which is actually an issue of concern. 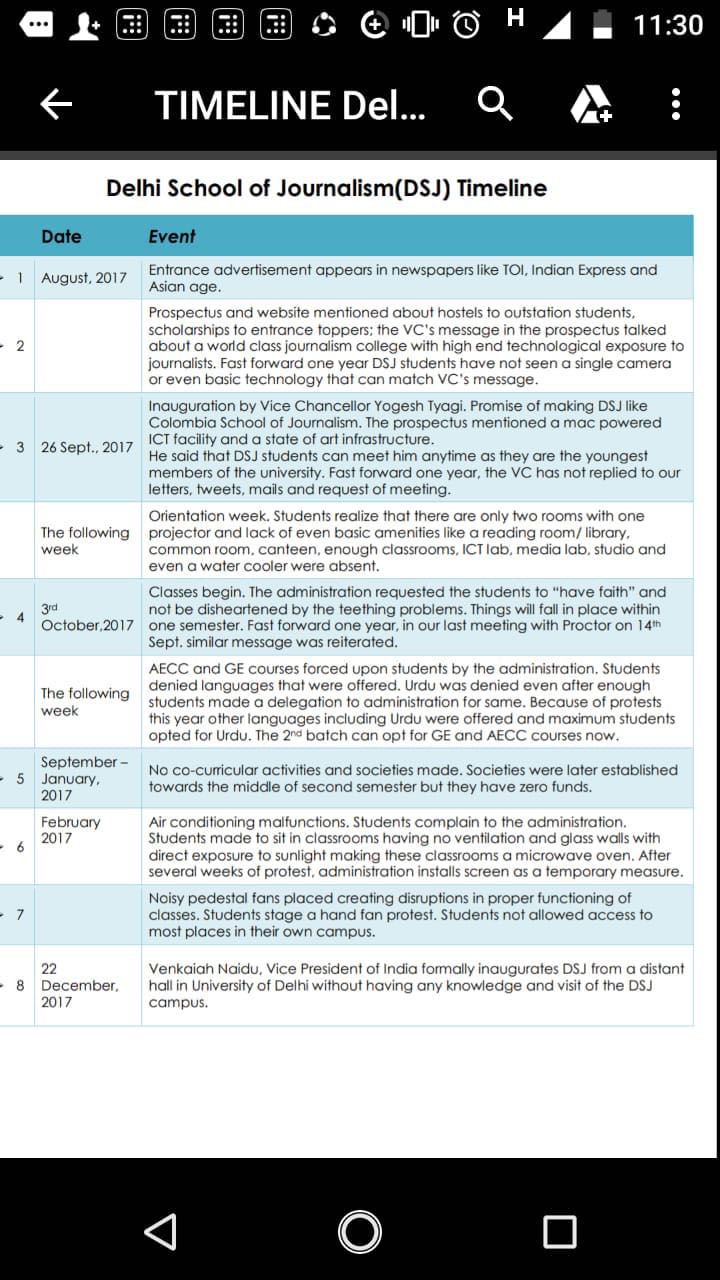 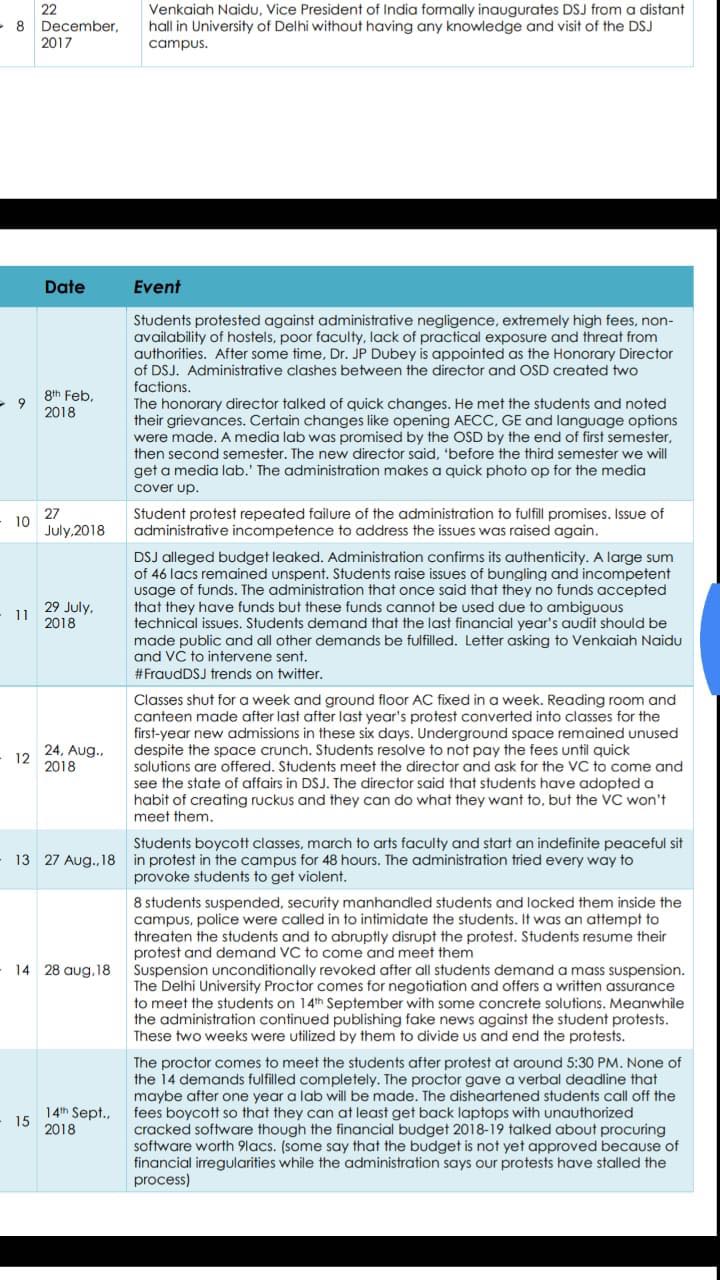 However due to the pressure and ill treatment given by DU, this is what the students have to do now- 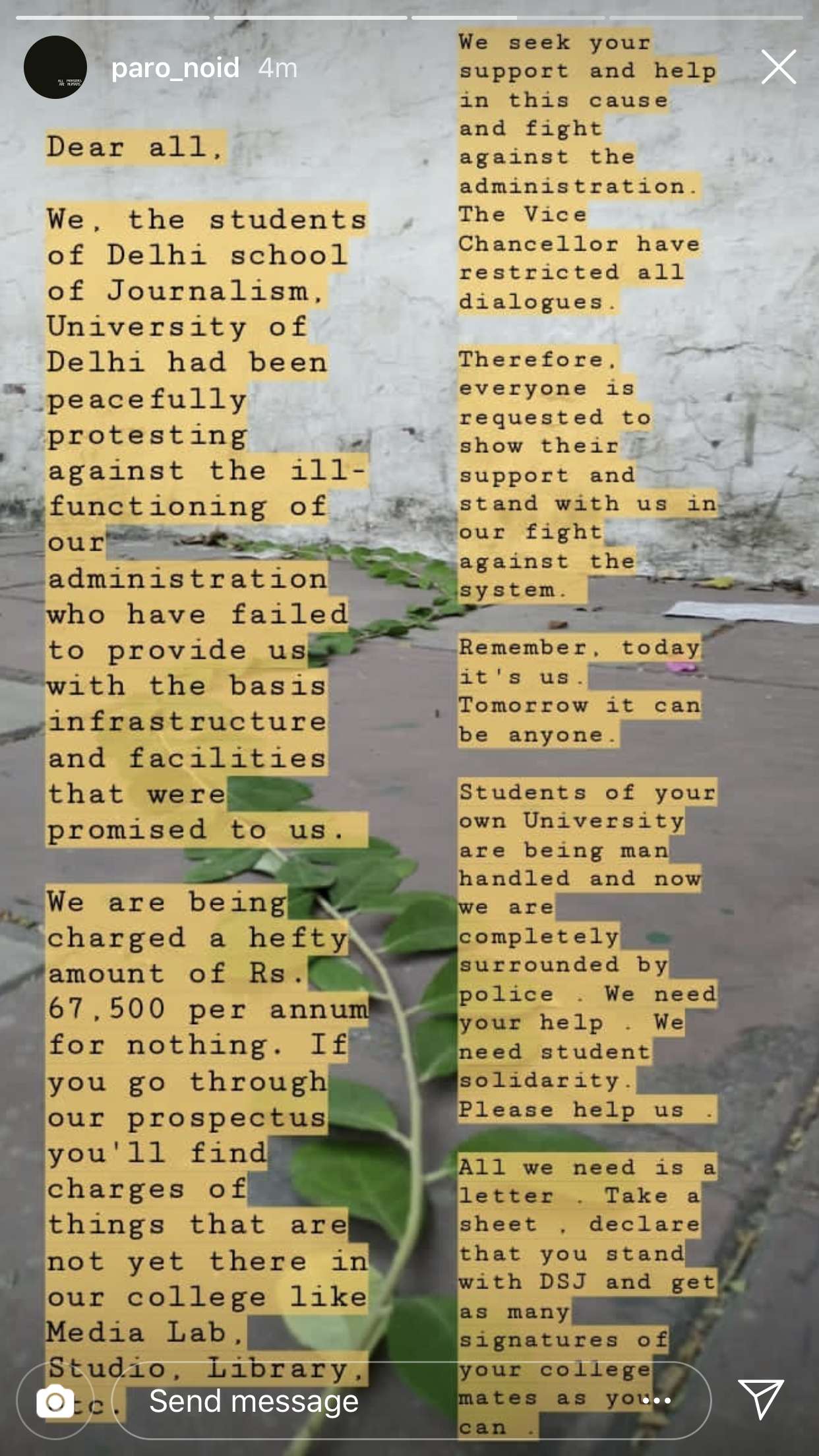 As of now, the prevailing sentiment on campus among students is that of having been cheated.