The Delhi University Teachers’ Association (DUTA) wrote a letter to Delhi Education Minister Manish Sisodia over the matter saying that the grant released was “inadequate” and requested an appointment with him. 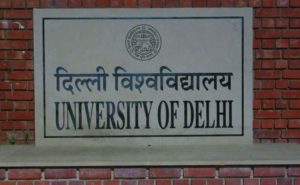 In the letter, DUTA President Rajib Ray cited the deficits in each of the 12 colleges. “The grants, sanctioned till date, are much less than the money required to cover salaries up to May. The grants sanctioned on March 25 were barely enough to cover the salaries of January and February. Similarly, Grant-in-Aid released on May 7 could not cover salaries up to April,” he wrote, adding that the June sanction was also inadequate.

For colleges like Deen Dayal Upadhyay College, Dr. B.R. Ambedkar College, and Keshav Mahavidyalaya, the deficits are above Rs. 2 crore, according to the letter. “The 12 colleges are in dire need of the additional funds necessary for infrastructure development for smooth academic and administrative functioning”, it added.

“We have received 20% fewer funds this time for the salary of teaching, non-teaching and outsourced staff like guards, peon and housekeeping staff,” said the principal of one of the government-funded colleges, Hindustan Times reported. The principal further said that 7 Delhi University colleges had not paid salaries of their staff for the month of April and May. “Some colleges ended up using student funds for salaries. There is no fund for electricity bills or maintenance of any kind. If this pattern continues, college fees might be hiked in an arbitrary manner just for maintenance”, the principal added.