With the Taliban sweeping Afghanistan, the state and fate of women are undeniably in jeopardy. Both men and women are terrified, scared, and in need of assistance while only a few people are bold enough to provide it. Crystal Bayat is one such courageous heart that is partially leading and fuelling this revolt.

Because she is one of our own, Crystal Bayat has made us proud. She graduated from Delhi University’s Daulat Ram College with a bachelor’s degree in Political Science. Crystal also has a master’s degree in international relations from the United Nations Institute in Delhi. In 2019, she completed her study and returned to her home country. Crystal hails from a progressive household, and her mother is a feminist.

“I have been studying for the last 19 years and striving to achieve my goals. But today, unfortunately, all my dreams died. In the last 20 years, we have seen a lot of changes in our society and they are taking back all that from us,”

Crystal hails from a progressive family; her mother is a doctor, and her father works for the Afghan government’s interior ministry.

On August 19, the country’s Independence Day, The New York Times captured Crystal leading a march with the Afghan national flag. She told The Telegraph on Wednesday that Taliban insurgents thwarted their attempt to fly the flag atop a hill with threats, assault, and eventually gunshots, injuring at least three individuals.

She has stood up to the impending horrors and is unafraid of the perils she knows will befall her as a result of standing up for what is right and is still supporting these courageous women in their efforts to make their voices heard on the streets of Kabul. As a result, she made the decision to protest against them. She has been utilising social media to urge women to join protests, which has resulted in not just women but even males standing unified and protesting. As a symbol of defiance, they waved the Afghan flag. 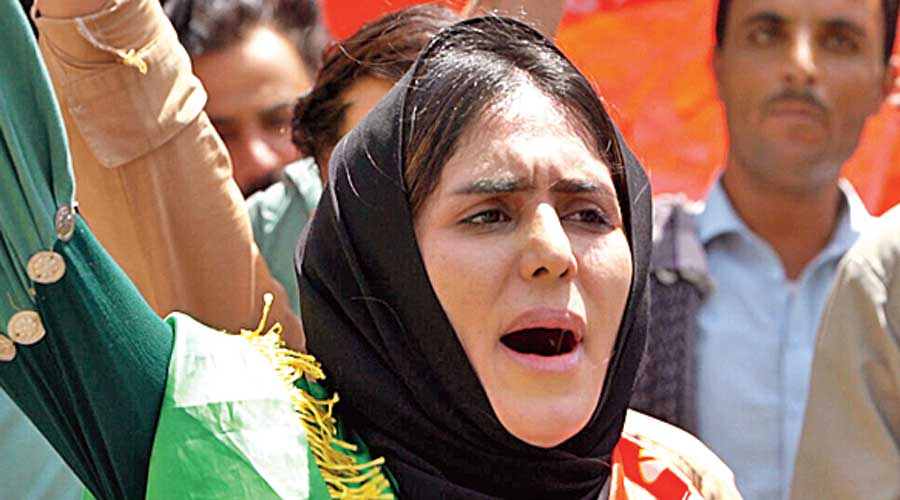 “I didn’t give up due to the verbal threats and airstrikes. They beat up many people. People were being shot at, especially some of the girls who were with me. They broke a young man’s mobile phone… they used violence and coercion. I was scared when I saw that if we resist, they would fire at us. Taliban has not changed. They still do not believe in the freedom and demands of the citizens. Restrictions, killings, violence, deprivations, and the tyranny of the Taliban forced me to stand up against terrorism and extremism,”

She said while speaking to The Hindu reasoning why she is taking the helm despite the risks. She previously also told The Hindu that she is afraid to answer calls from India because her phone is “under monitoring.” She and her family are seeking for a secure place to live, and she only has access to the Internet for a few hours every day.

“We have to hide from trouble. I am on the way to leave Kabul as soon as possible. Outside, I can’t talk loudly,” she said.

Standing up for what is right might be dangerous, but she isn’t going down without a fight. With those who are protesting with her, Crystal requires our support too not just because she is one of us, but also because it is our job and responsibility to fight for those who are unable to fight for themselves, as she is doing. I think it’s about time we put our social media to good use and let Crystal know that we’re here for her and for the cause she stands for no matter what.