Home BLOGS Aarakshan at what cost?

Today India is facing major issues in north region. Where some wants to divide the nation, some wants to stop India from development, and some want to spread terror in India.

If you want to know the names who are these people then I would say they don’t have any name or existence they are “SHADOW”.

Shadow which makes existence in dark who are afraid of light, development.

Today when other countries are making attempts in development and upgrading their technologies this shadows are not letting India to step forward. Whenever Indian government takes one step towards light this shadows who are afraid of light stop the government and tries to push them backwards. For example, when other countries are testing and talking about 5G and new technologies, in India shadows are not allowing to move further some want answers, freedom some want reservation.

In ‘JAT’ Reservation this shadows all over Haryana is trying to get Jat community register under reservation system, and for this they are protesting. Protesting by killing innocent people by destroying their own mother land, where they are born and they grown up.

By destroying our own mother land and getting reservation would give you respect?

Or by killing our own country man will lead you to pride?

I would ask Jat people is this reservation so important that you are allowing this shadows to destroy our land or killing people?

From so far what I have heard and learned the real and true meaning of JAT is,

They server country with healthy crops they work hard to grow crops even on the unfertilized land so that every Indian can get food on time. They never back out in helping someone even though they are unknown to them. They have patience, brave hearts. They are hard workers, farmers. They would rather be a labour then being a thieves or killer’s. They serve for their country on borders so that common people can sleep well in their homes. They are our brave soliders.

And if one want to know the meaning of Jat then Capt Pawan Kumar would be the best example for all. 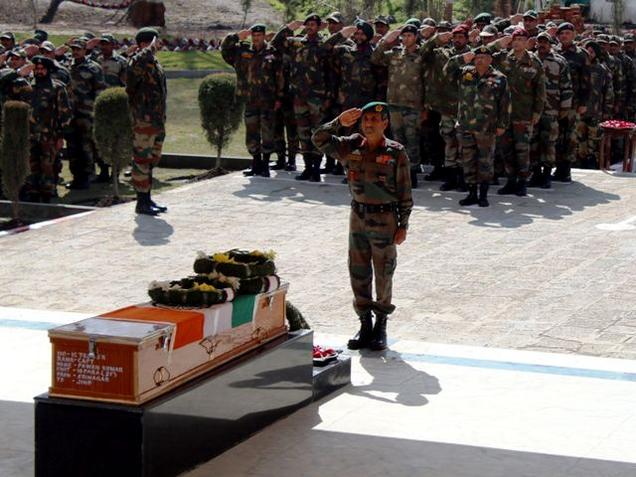 Who is Capt Pawan Kumar?

Capt Kumar was born on 15th Jan 1994(22yrs), in Jind, Haryana. He was a Jat and he completed his studies from JNU. And joined Indian Army.

On 20th Feb 2016, in Srinagar Capt Kumar was assassinated to led the operation where some civilians were trapped in government building by 3 suspects of Lashkar-e-Taiba. Operation was achieved in 48hrs all the suspects were killed but we lost our brave soldier’s.

The Jat and the alumni of JNU died while Protecting his Country from Terror not while protesting.

I’m not against any reservation but I do believe that in past when reservation system was introduced it was because we wanted lower people to come up and match with society.

In past lower caste were not treated rightfully they weren’t allowed for education and with time when they were allowed their financial status were not stable enough that one could get higher education so government come up with this reservation system. Named as Caste Reservation.

But with time people started misusing this facility. We are developing country we need amendment in this caste reservation system. Its time for government to come up and start this reservation system on the financial criteria. So that who deserve the seat would get the seat. Today we are in 21st century and we should talk about development in our country and help the government so that they could provide us best services according to our needs and financial criteria. Today when we say that men and women are equal then why can’t come up with this caste system? It should be our knowledge to decide what we are and there should be only one thing that we should call us and that is INDIAN.

By Monika for DU Times