After JNU, Delhi University is the one which is news for showing some anti social elements  and intolerant behavior by a student’s political wing. We are here to study not to get involved or face such harsh situations for no reason. Innocent students are suffering due to the current prevailing situation in the campus. Umar Khalid is one of the few faces who were charged with sedition, when a few anti national sloganeering was done at a cultural event in JNU. He was in limelight for quite a long time because of the same incident last year. 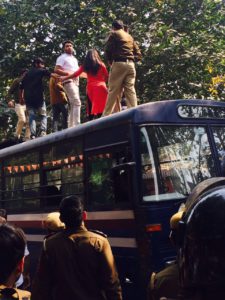 Recently a few days back he was called as a guest speaker at a literary event in Ramjas College, Delhi University. Where the people from ABVP which is the student’s wing of RSS disrupted the seminar and didn’t allow him to speak. 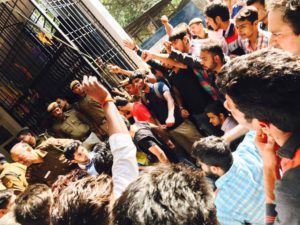 This incident disappointed many of the students and teachers from the college and they decided to raise voice against this so called DADAGIRI. Next day that is on wednesday the teachers and the students protested and marched from Ramjas College to Maurice Nagar Police Station which was led by AISA. This march was stopped on the way by ABVP people and violent clashes broke out between the two students wing. The police were deployed to control the situation but still the students and teacher were beaten for no reason. 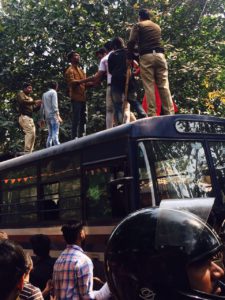 In fact the reporters from many of the media houses were beaten and thrashed just for the reason they were spreading news which was against them. The students from Ramjas and other colleges say that this is a breach of freedom of speech and also quoted that we are studying in an university or a political battle ground. 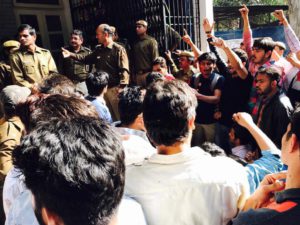 What feminism means to me.

FOMO is the new fear among teenagers and adults.