A seminar is to be held on 9th January 2016, which would discuss the concerns around Ram Janm Bhoomi. The seminar is to be held at Arts Faculty, University of Delhi, which is centrally funded academic institution, and this has caused some of the secular academic intelligentsia to frown. The organizers of the seminar are Arundhati Vashishtha Anusandhan Peeth which is a right wing organization founded by late VHP leader Ashok Singhal. Organizers claim to have a debate over the issue around facts.

The organizers have listed out the concerns that they wish to debate upon in the seminar. Allahabad HC verdict of 2010 had acknowledged the disputed site as the birth place of the Lord Rama and it was divided among three parties and from thence nothing moved ahead of that. In the 2011 the supreme court of India stayed the verdict of HC. The seminar will be held at the convention hall of the university which has booked in the name of the chief librarian of the university. It is interesting to note that librarian himself is a member of Academic Council of the university. According to the rules it is not permissible for outside organizations to book the university convention hall.

Most left and secular organizations of the university have started to raise their voices against the administration and demanded the suspension of the permission. Some of the student from a left students’ organization told DU Times that “education is a canvas of the free and religion and related organization should stay out of it, it is an attempt to polarize youth and create general opinion around the Raam Janm Bhoomi issues. Public universities and youth is being targeted this time to spread the right wing propaganda of saffronization backed by the current right wing in power. DU administration has turned blind eye to please the BJP led centre”

Where would this difference of opinion head to would only be clear after a few days. 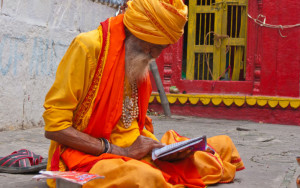