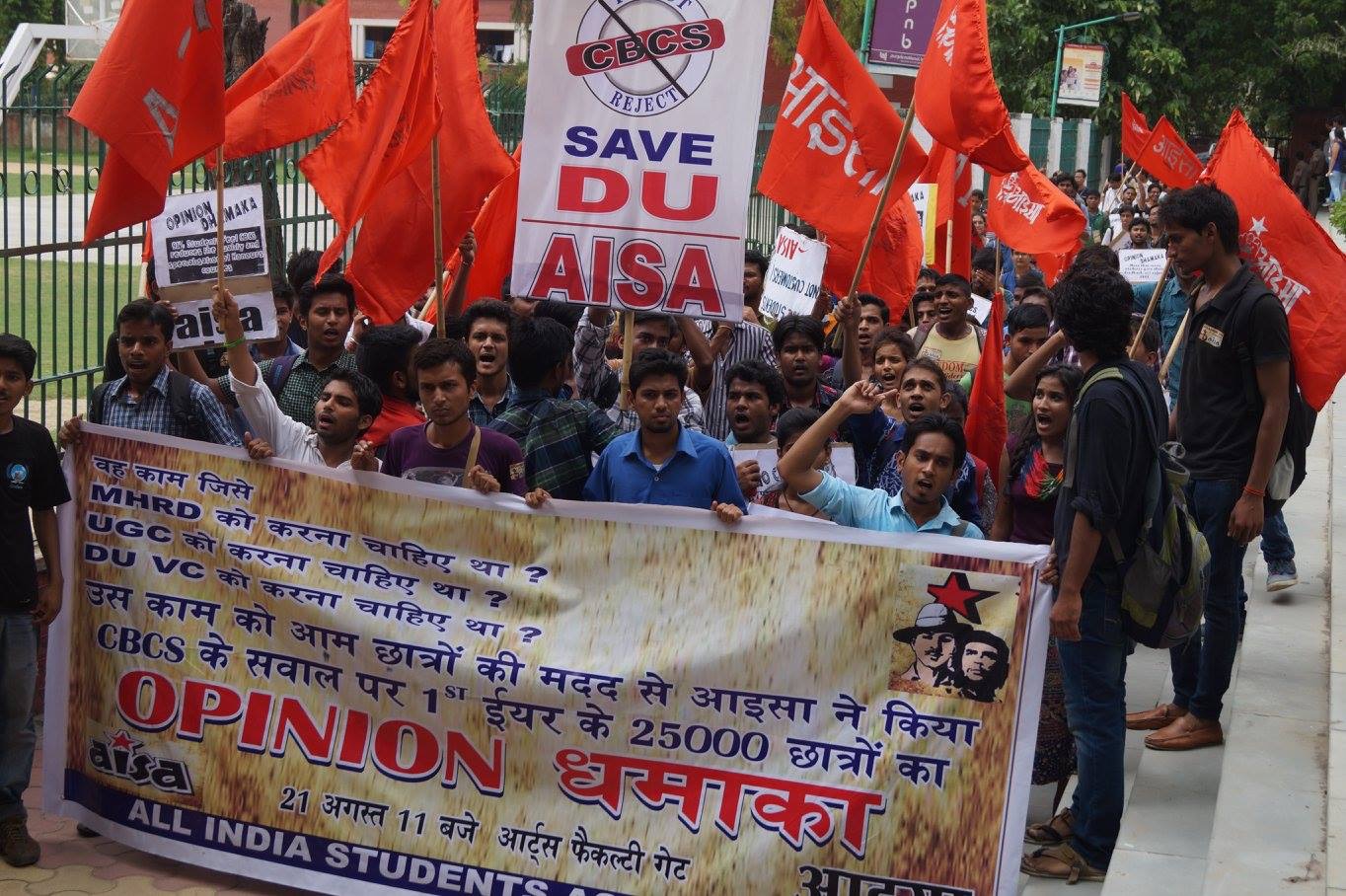 Hundreds of students marched against the Choice Based Credit System (CBCS) in AISA’s “Opinion Dhamaka” rally. AISA had started “Student’s Opinion on CBCS” Campaign in 38 colleges of Delhi University from 11 August 2015 and collected responses on different aspects of the CBCS from 24780 students who have joined DU under the CBCS program. The result of the survey shows a resounding mandate against the CBCS and a growing disappointment with the curriculum of the course that has been implemented in a hurried manner in DU at the behest of the UGC and the MHRD. 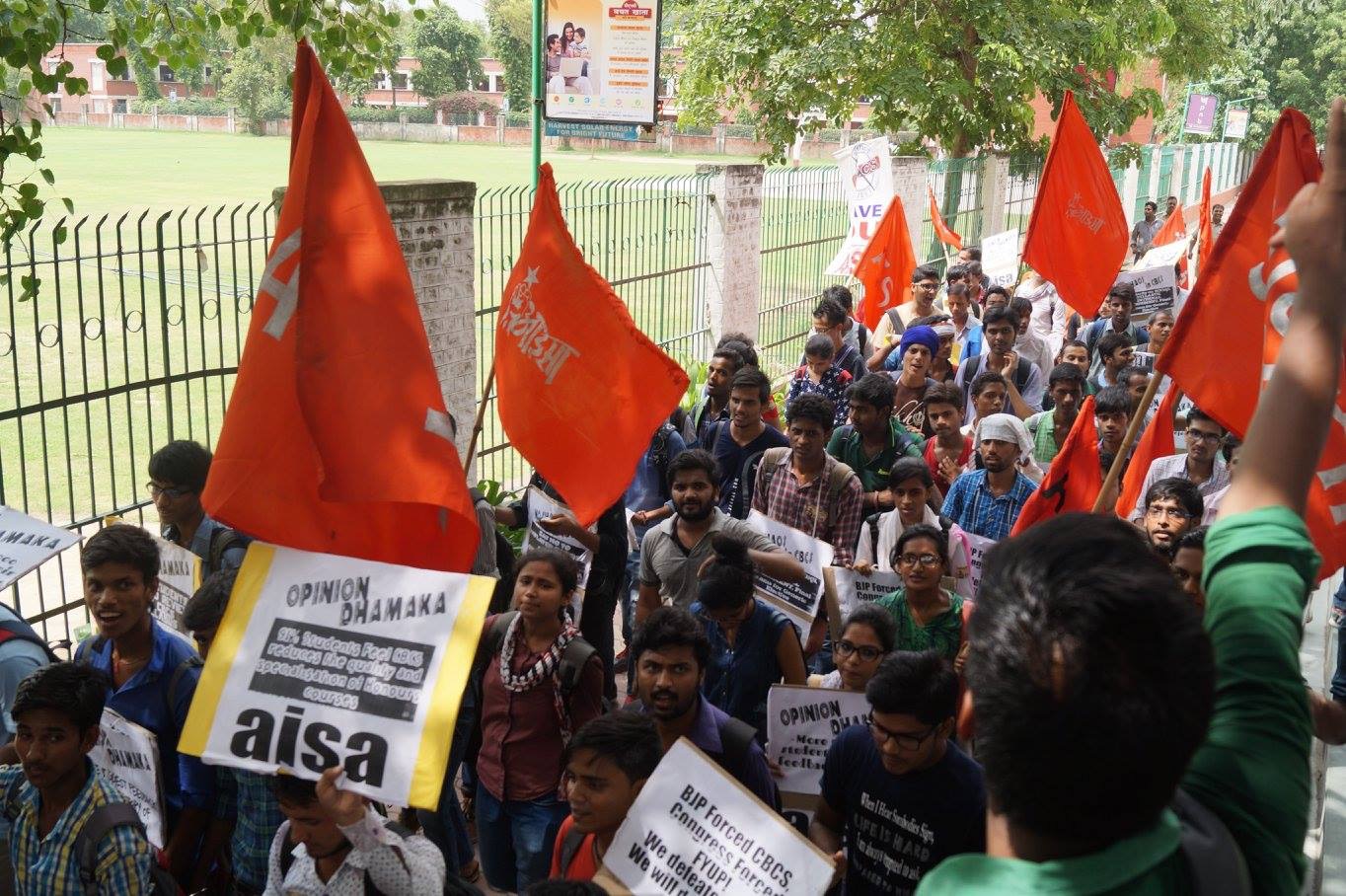 23045 93% Opposed the CBCS. (Most Honours students reported that CBCS has devalued their course by reducing the honours papers to 14 from 18-20) 21558 87% No clarity regarding text books in the Generic Elective course 23541 95% NO clarity regarding the method of evaluation and Credit distribution for assessment. Almost all the students agreed that the colleges are not offering the choices given in the UGC course outline.
23045 93% Credit system will inflate marks and degrade the quality of assessment resulting devaluation of DU degrees. 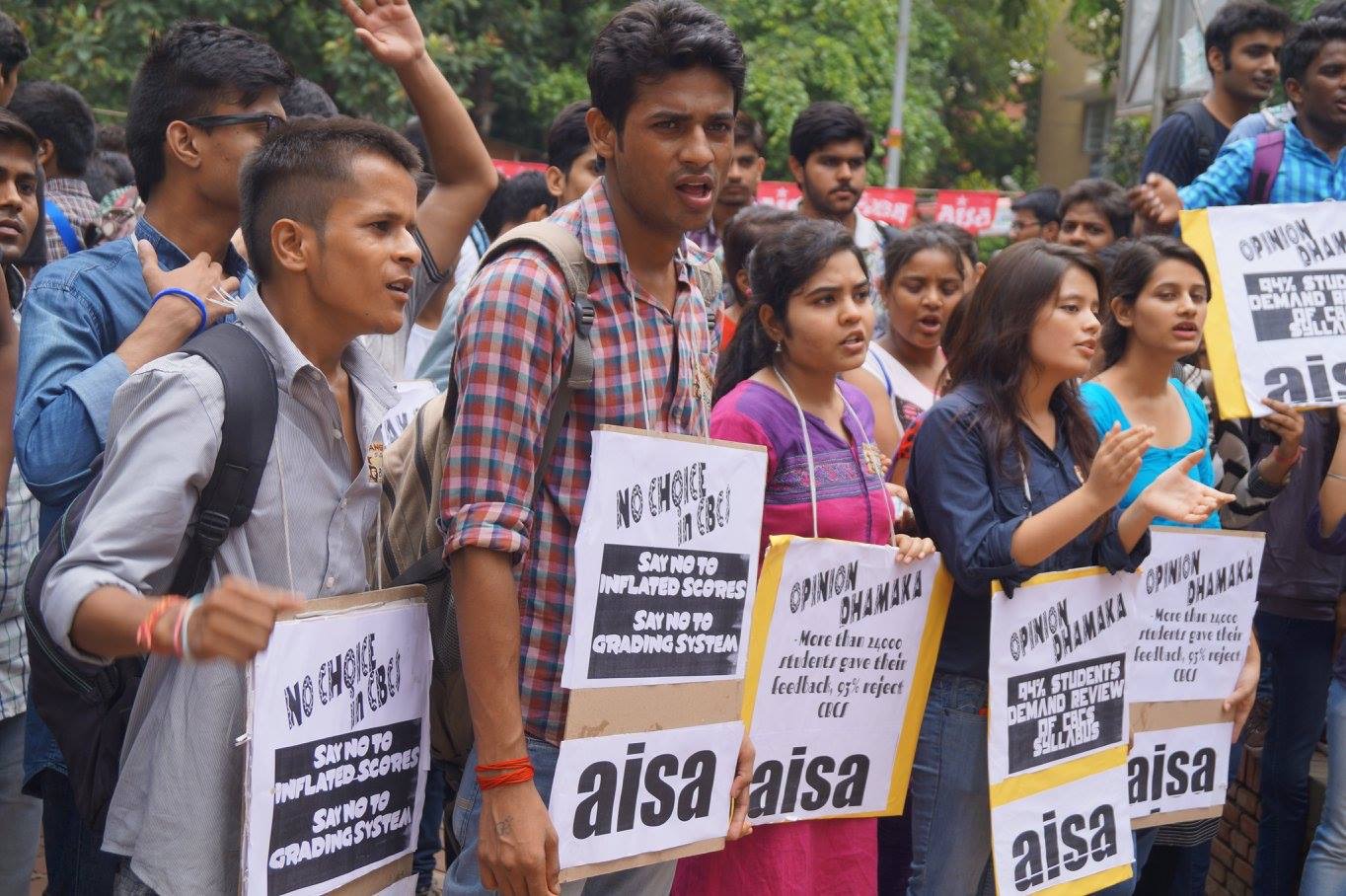 A rally followed the announcement of the result of the opinion campaign which was attended by around 600 students who congregated from different colleges of Delhi University. Swali Prakash from Dyal Singh college who is a first year student said that “I am shocked that the number of honours courses have been reduced to 14, moreover the internal choices within honours courses have vanished. Instead of doing a rigorous honours course we are seeing dilution of quality.” A student from PGDAV college told that “A month has passed and we are yet to have the generic elective classes. Datesheet for exams have been published but we don’t know which book to study for the English course of B.Com Program.”
KawalPreet (AISA, Vice President ) said that : “The glitches in the CBCS are already visible. There is absolute chaos in the colleges which will only increase as the semester progresses.”