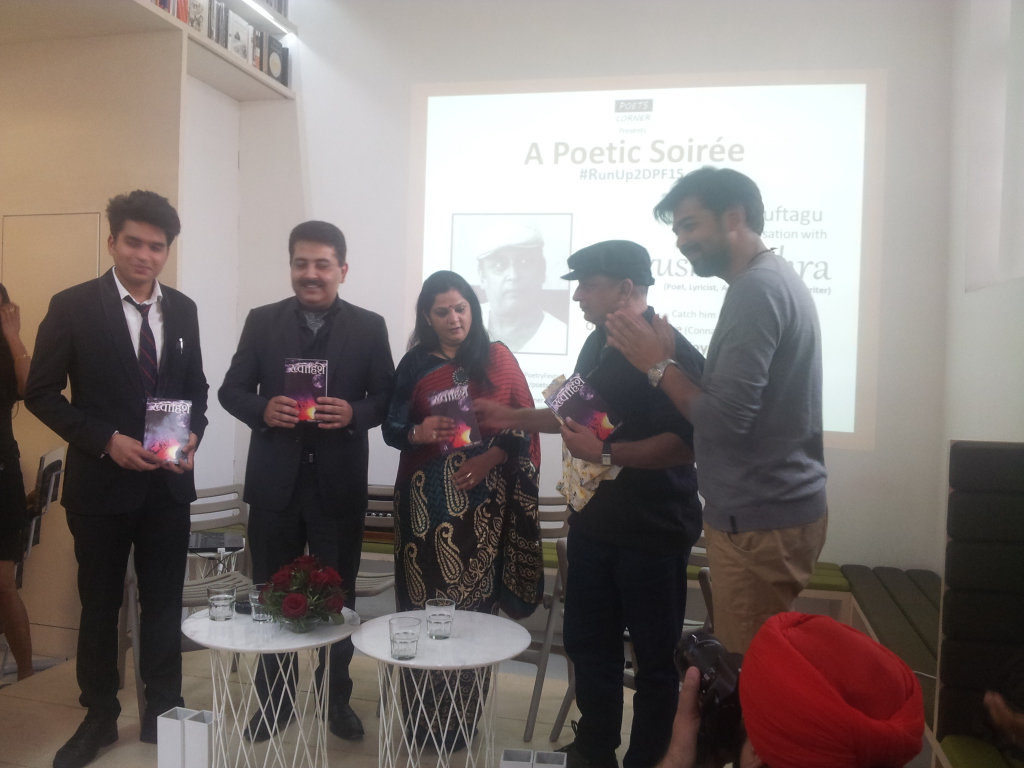 In the heart of the city, on 15th of Feb,at 3 pm @Oxford Bookstore, Connaught Place, Delhi took place a poetical fiesta named as “Poetic Soiree” took place organized by Poet’s Corner. Poet’s Corner is a poetry group founded by Dolly Singh and Yasin Anwar. It is an open platform for the poets from a variety of sections of our society.

The event was studded with well celebrated guests like Mr. Piyush Mishra (writer, actor, lyricist), Aseem Ahmed Abbasi (lyricist) both from Bollywood along with Rizio Yohannan (Creative writer, Educationalist) and Ananya Dasgupta (Academician and Writer). The event began sharp at 3 with poetry enthusiasts who managed to sacrifice India Vs Pak Cricket match for the sake of their poetical interests.

The event began with young poets reciting their wonderful creations and filling the audience with poetical pleasures. The poetry session began with the Dolly Singh as a moderator, and Siddharth a young child as first poet to come on the stage with his poetical art, followed by other poets like Supriya Kaur, Tarannum, Udita Garg, Poonam Chandravanshi and Sadia Khan who presented their poems to the audience in English and Hindi.A panel discussion was held on the feminism in Indian Literature, followed by the song “Tuney mere jaana” by the writer himself. The event concluded with book launch of the a book named “khwahishein” a poetry anathology. Few poems were recited by the author Ananya Dasgupta and audience was delighted by the radiance of the delicate words.