Lord Krishna is the only God out of all Hindu Gods and Goddesses with the most humane characteristics. This is the reason he is the most loved and relatable god. The entire country is celebrating the festival Janmashtami with great joy. The festival is celebrated to mark the birth of Lord Krishna, the eighth avatar of Lord Vishnu.

He was so loved because of his compassionate nature that he was also called ‘Mohan’ and ‘Manohar’. There are infinite numbers of things that we still don’t know about Lord Krishna. Here is a list of some lesser known facts about him:

108 is a very sacred number in Hinduism because like Lord Shiva, Lord Krishna also has 108 names. Some of his famous names are, Gopal, Govind, Girdhari, Banke Bihari and lots more.

According to various spiritualists the name of Radha is not mentioned in any of the ancient texts of Hinduism. Radha’s name is always a part of folklore and hence became a part of bhajans and devotional songs. But Lord Krishna’s wife Rukumuni and Satyabhama are mentioned in scriptures.

After the death of Gandhari’s sons when Lord Krishna went to Gandhari to offer his condolences to her she cursed him that he along with his Yadu Dynasty will perish in 36 years. Lord Krishna accepted her curse.

Lord Krishna was called Shyam or Ghanshyam because of his dark colour. His dark complexion is often depicted by the colour blue.

Types Of People You Will Confront On Holi 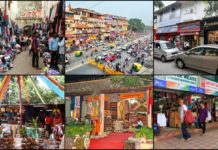 Markets-Markets Everywhere But From Where To Shop What? 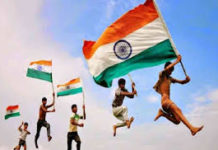 NEWS DU Times - October 26, 2019
0
Delhi University has released an official notification inviting all the interested candidates for filling up 27 vacant positions of Guest Faculty in the Department...

BLOGS Daman Jeet Kaur - May 5, 2019
0
Exams are a stressful I know, I really do. You will raise your eyebrows and curl up the corners of your mouth when you...

BLOGS Daman Jeet Kaur - April 1, 2019
0
Well, my waterpark plan finally worked out last month and trust me Holy smokes what a day it was. So I thought of writing...