Hitesh was packing his luggage, stealing his eyes from her… trying to make the least possible eye contact. She stood near the door, tears filled in her eyes. Hitesh’s mind immediately flashbacked all the moments he was with her, those happy moments, those moments when he was shattered and she supported him, those moments when her care was selfless, she never expected anything in return, her love for him was so pure. And then automatically he thought about Riya. Riya was young, full of energy, confident lady of the 21st century and Hitesh knew Riya too loved him a lot. He was ready to set ahead for a new life with Riya in their new house, where there will be only he and Riya. This was no doubt the toughest decision of his life. Somehow Hitesh gathered the courage to look up at the door and the lady there tried to smile and said, “Take good care of Riya and yourself. You’ll come to meet me when you have time, right?”. “Yes, of course,” was all Hitesh could manage to say. 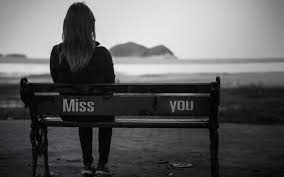 And then Hitesh heard Riya’s voice from downstairs,” Let’s go, the taxi has arrived.” He looked at the lady he was to leave, hugged her with tears in his eyes. Yes, she was his first love, she was his mother!!
Hitesh told his mother,” Maa, take care. I’ll call you daily and will come to meet you and Dad every weekend.” His mother could not say a word, just held his hands and pressed it gently. Hitesh went downstairs, touched his father’s feet. Riya held his arms and they moved towards the taxi, away from the house which once meant the world to Hitesh. And his mom- his first love, could say nothing to stop him, just watched him leave.
I know this may seem a little out of context to you all, as we are all currently students and career is our prime motto. But, in years to come we’ll soon be stepping into this stage of life. To all the boys out there, I just hope that you never have to face a situation like this, and leave your first love. And girls, try not to make a guy leave his First Love!