Now that we live in an era of technology, our ever-growing reliance on technology has led to the rise of e-waste. E-waste has emerged as one of the fastest growing waste stream in the world.

“India has surely emerged as the second largest mobile market with 1.03 billion subscribers, but also the fifth largest producer of e-waste in the world, discarding around 18.5 lakh metric tonnes of electronic and electrical equipment each year, with telecom equipment alone accounting for 12 per cent of the e-waste”, according to a UN report.

India also ranked third among the Asian nations with highest e-waste generation right behind China and Japan. This rising levels of e-waste generation in India have been a matter of concern in recent years. Every year nearly 25 per cent of around 100 crore mobile phones in circulation end up in e-waste. 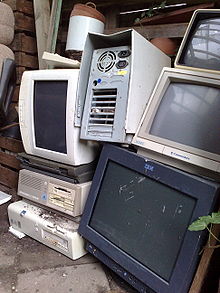 Of the total e-waste generated in the country, a whopping 70 per cent comes from ten states namely Maharashtra, Andhra Pradesh, Tamil Nadu, Uttar Pradesh, West Bengal, Delhi, Karnataka, Gujarat, Madhya Pradesh, and Punjab. The leading Indian city in generating the highest e-waste is Mumbai followed by the capital Delhi and Bangalore. Northern India, although not a leading generator, it happens to be the leading processing centre of e-waste in the country.

Over 1 million poor people in India are involved in the manual recycling operations. Most of the people working in this recycling sector include the urban poor with very low literacy levels and hence they have very little awareness regarding the hazards of e-waste toxins.

The major driving factor of this increasing global e-waste problem is the rising sales and shortening life cycles of electrical and electronic equipment. The business sector which accounts for 78 per cent of the total installed PCs today are the main source of e-waste generation.

Most Indians have access to basic technologies like mobile telephones, television and radios. If one cannot sell their old gadgets on to someone else, there are resources online for selling electronics that still work. They buy it and then refurbish or dismantle it and then sell those components on.

The quantum of e-waste generated over the past several years have posed an ever increasing threat to the environment and public health. Most electronic goods contain significant quantities of toxic metals and chemicals. Health problems associated with such toxins include impaired mental development, cancer, damage to liver and kidneys. Often, these hazards occur due to improper recycling and disposal processes used. It can have serious repercussions for those in proximity to places where e-waste is recycled or burnt and those working in unorganized e-waste recycling sectors without any protection or safeguard.

When it comes to reduction of e-waste, both the consumer as well as the producer must take up the responsibility and make efforts towards it. The individuals as well as the companies have to see the fiscal benefits in upgrading without disposing what they had before. Minimizing e-waste helps to conserve resources and reduces the amount of energy we take from the earth. According to UN under-secretary General David Malone, “Worldwide, e-waste constitutes a valuable ‘urban mine’- a large potential reservoir of recyclable materials however at the same time, the hazardous content of e-waste constitutes a ‘toxic mine’ that must be managed with extreme care.”

The sheer amount of electronic equipments reaching end of life poses a huge challenge. So it’s high time that we start making efforts to minimize e-waste now before it is too late.