A spate of academic reforms have been thrust on the Students of Delhi University. Starting with tyrannical changes like Semester System, followed by FYUP and with CBCS(Choice Based Credit System) in line, students and teachers are made the scapegoats of these experiments without having a say in any of the academic changes brought in the University. While the rollback of FYUP showed that the combined strength of students and teachers can give a fitting reply to changes imposed from above, it should also serve as a reminder of the struggle to be waged to get our voices registered. CBCS(Choice Based Credit System), which is to be introduced from he following academic year is a step towards creating an environment for privatization and commercialization of education rapidly taking place in Higher Education Institutes of India(HEI’s). The capitalist class of India sees the education sector as a viable market for investment. Mukesh Ambani and Kumaramanglam Birla, in their report on “A policy Framework for Reforms in Education” considered Education as a very profitable market and made a case for full cost recovery from students and immediate privatization of the entire higher Education in the country, where profit making would be the only consideration. In view of this, they wanted a legislation “banning any form of political activity on campuses of universities and educational institutions”. The report was heavily criticized by students, teachers, parents and people at large. 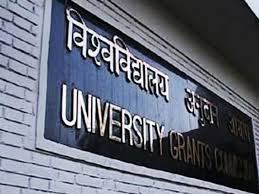 What is CBCS ? The CBCS is like the FYUP packaged in the three year format. The students will get to choose from a bunch of Core, Elective and Foundation courses. It will be like a cafeteria approach. Each course will be appointed a prescribed number of credits based on the number of hours of instruction per week. A uniform grading system will be introduced across all Universities. Even though the students will have the facility of getting their credit points transferred across Universities (domestic as well as foreign universities), this mobility will be restricted depending on the minimum credit points required to get admission in particular colleges, just like how cut-off system operates to filter students. The purpose of introducing Foundation courses proves that the present Education system cannot live up to the expectations of capitalist class and modifications are required to keep the wheels of profit running. Foundation courses will provide a platform through which multi-tasking students can be produced and employed according to the convenience of employers. This is bound to increase competition in market and eliminate a large number of youth because where originally 3 to 4 people were required to perform a particular task, a single person would replace them thereby increasing the profit of capitalist class. According to Government reports 1 out of every 3 educated youth is unemployed in India, if such nefarious designs of the capitalist class are allowed to pass, the rate of employment will dip further. Ever since Education was placed under the ambit of WTO-GATS, there has been tremendous pressure from these Institutions to mould and frame policies according to their diktat. One of the most popular demand has been to create an uniform evaluative system across universities so as to facilitate the mobility of students among various universities. Even though the idea sounds innocently simple, the motive behind such a move is to create space for the arrival of Foreign Universities in India, thereby pulling hands off Public Education and promoting Privatization leading to increased number of students dependent on Education loan. The rules of the game would be quite simple, the one who can pay exorbitant fees can study while the under-privileged can depend on loans and spend the rest of their life paying it back. According to Government reports,only 12 out of every 100 students in India reach Higher Education, showing the dilapidated state of Education sector. With the recent further slashing of funds in Education sector by Finance Minister Arun Jaitley, the condition is going to get even worse. This Clearly exposes the priorities of the government driven on the policies of Privatization, Globalization and Liberalization in economy.

Here is an online petition against CBCS initiated by DU Times. Click the highlighted text to sign the petition.