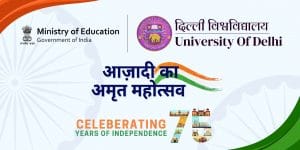 The University of Delhi issued a notice about the Celebration of 75 years of India’s Independence-“Azadi ka Amrut Mahotsav” on 13 August 2021.

In pursuance of the notifications issued by the Ministry of Education and Ministry of Information and Broadcasting dated 5th March & 24th March 2021, the University of Delhi is celebrated 75 years of India’s Independence in collaboration with constituent Colleges and Departments. These celebrations would be based on the theme “Azadi Ka Amrut Mahotsav”. The latter is an initiative of the Government of India to celebrate and commemorate 75 years of freedom of progressive India and the glorious history of its people, culture and achievements. The Hon’ble Prime Minister inaugurated the year-long celebrations from Gujarat on 12th March 2021, which also marks the 91st anniversary of the historic Salt Satyagraha led by Mahatma Gandhi. The celebrations which commenced 75 weeks before the 75th anniversary of Independence will end on 15th August 2023. To mark this unforgettable occasion the Union Government has announced a 75-week programme. The festival of 75 years of independence will not only endeavour to reflect the spirit of freedom struggle but also offer a tribute to the martyrs. It will be a pledge and resolve to build India of their dreams. The series of events organized by the Government to commemorate the 75th anniversary of India’s independence will be based on public participation and revolve around five themes- the freedom struggle, ideas, achievements, actions and resolve at 75.

Prime Minister Narendra Modi declared that the festival should encompass the glimpse of the pride of Sanatan Bharat and the glory of Modern India. He said that it should reflect the light of the spirituality of the sages along with highlighting the capabilities and strengths of our scientists depicting the magnificent journey of our Nation. He further emphasizes ‘creating a vision’ for India@2047. Social and cultural events, showcasing scientific accomplishments and technological advancements will be a part of these celebrations. It will be an attempt to highlight the contributions of not only the known but also the unacknowledged valiant freedom fighters.

In light of the above, the University of Delhi commenced celebrations of 75 years of India’s Independence “Azadi ka Amrut Mahotsav” by organizing an inaugural seminar and Charkha Karyashala at Gandhi Bhawan on Friday,12th March 2021 at 11 am. The Dean Students’ Welfare Office & Gandhi Bhawan jointly organized the event. The programme was also broadcasted live on the University of Delhi website (www.du.ac.in). To ensure active participation of its constituent colleges and departments in the year-long celebrations, the Culture Council, University of Delhi has prepared a schedule and calendar of activities. Let’s celebrate 75 years of India’s Independence with zeal and vigour to achieve this milestone together. 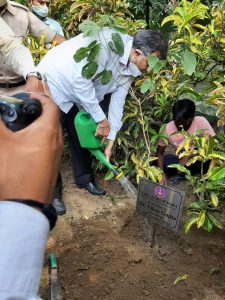 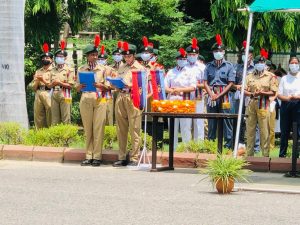 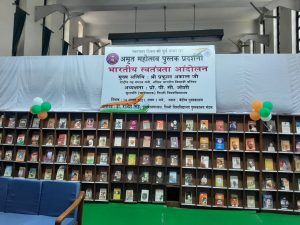 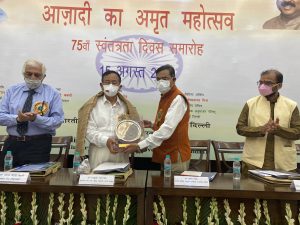