The end of an era?
Think of Hindu college and there are a few things that will instantly come to your mind. Among these things is the incredibly famed V -tree. 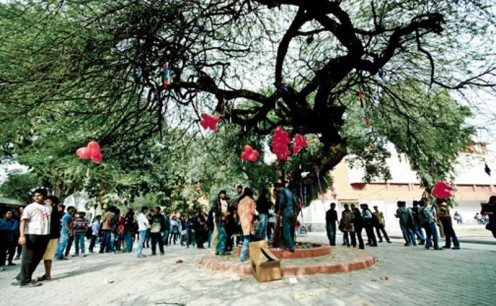 Prayed to on Valentine’s Day, this tree has been the object of fancy of almost everyone in the campus. For those who don’t know the tale behind this tree here is a rough idea- The students from the Hindu hostel and subsequently the whole college pray at the tree every year to a ‘damdami mata’ in hopes of losing their virginity. Nothing short of a festival I tell you! Now I don’t know if the mata actually fulfills their wishes but what’s the harm in trying right?

In a completely unprecedented and shocking move, the authorities at the college decided to cut down the tree and close down PAM- Pizzas and more. The cutting down of the V-tree was justified by the purpose to facilitate the construction of a new academic block and the girl’s hostel.

Hearing this, the students launched protests against the college authorities. After numerous protests which went on for as long as one whole semester, FIR’s and RTI’s later the officials and students reached a compromise. The officials cut down the six trees in the V-Tree area and were allowed to cut down parts of the V-tree and in turn were given a penalty of planting a hundred trees in the college campus. If things could get any worse, they did. The parts of V-Tree were cut down on a Sunday to avoid any hassles of protests by the students- nothing short of a betrayal. 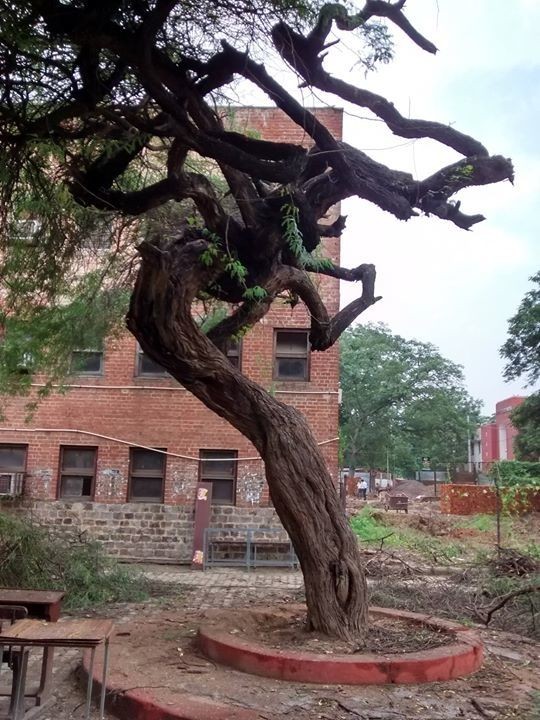 In conclusion the V-Tree stands, but it looks like an ugly ostrich at the moment. It’ll take time for the heavy canopy to grow again. Until then all we can do is pray for its quick recovery.