As DU releases second and third cut off lists, students shift within the university for better courses and colleges. 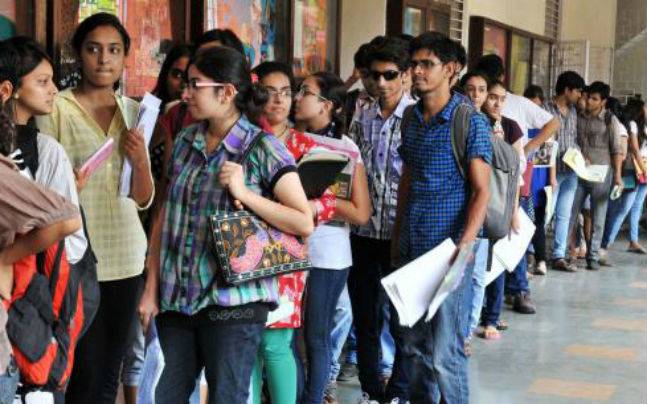 Switching colleges by students is a common trend that makes seats for other aspirants. Many students secure a seat after the first cut off list is released, but switch colleges due to factors such as upgrading their seat to a better college, better course, newer subjects and proximity to the residence etc.

In the admission session last year, Deen Dayal Upadhyay College (DDUC) for B.Com (H) had an admission cut-off 93.75% in 4th cut-off. Although admissions were closed after the 5th and 6th cut off list, but it was reopened in the 7th list.

Easy cancellation process has made it smooth for students to switch colleges, in a set time frame.

Total number of applicants this year:

All that a student needs to do is to login to the DU Portal, and to cancel the admission online.

They have to pay the requisite cancellation fee of Rs.500 and submit the cancellation slip to the respective college, to collect their original documents submitted at the time of admission. While taking admission in another college, they have to follow the admission process, and the fee deposited in the previous college, is adjusted for the new one. If the fee of the college is more than that of the previous college, the student has to pay the remaining fee and if the fee is less, then the amount is refunded.