Since Monday (11.May.2020), Bollywood and TV celebrities have initiated a step towards domestic violence. During this lockdown, a rise in aggressive domestic violence is being viewed as an awful behavior. Raising their voices on their social media platforms against the increasing cases the hashtag ‘#LockDownMeinLockUp’ has gone viral.

Actresses including Mouni Roy, Katrina Kaif, Shilpa Shetty, Malaika Arora, Karishma Kapoor, and many others posted selfies as they became the voice of many victims of domestic abuse. Dia Mirza, Bipasha Basu, and Ekta Kapoor, too, extended their support and urged their followers to support the cause by helping them in raising funds to uplift resources for tackling domestic violence in our country.

It was estimated before the lockdown that in a week two women were killed by their partners. But now, opportunities for escape are scarce. There is an NGO SNEHA for which they all are posting and contributing. In their post of Instagram, the celebs have mentioned about the monetary contribution for the sufferers. 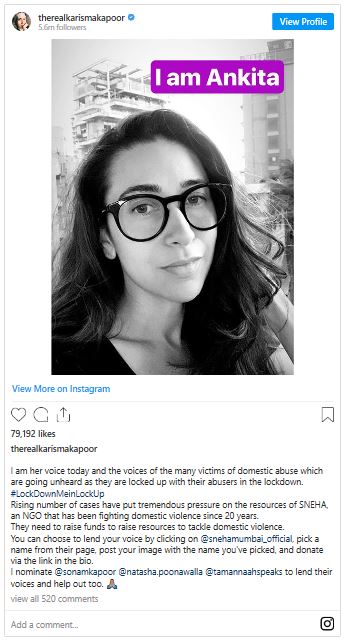 Karishma Kapoor added that the nominated divas can choose to lend your voice by clicking on @snehamumbai_official, pick a name from their page, post your image with the name you’ve picked, and donate via the link in the bio. She further nominated Sonam Kapoor, Nataasha Poonawala, and many more. 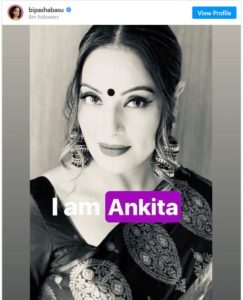 Bipasha Basu also shared a black and white picture with the name of the victim, and wrote, ‘I am Ankita.’ I am her voice today and the voices of the many victims of domestic abuse which are going unheard as they are locked up with their abusers in the lockdown. #LockDownMeinLockUp.” 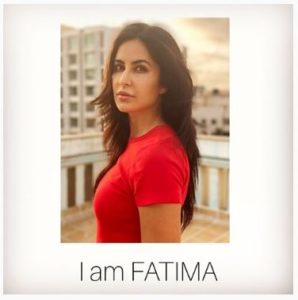 Opening up about the idea behind the post, the actress said that she wants to become the voice of victims of domestic violence. Kaif further stressed on the fact that domestic violence victims should find support in society.

Tahira Kashyap Khurrana said in an official statement, “Lockdown has a completely different meaning for each individual. I like to write about hopeful things; even if the current scenario is the opposite I still like to see that bleak line of a hopeful future. This story is about domestic abuse. The arch of the story can make you feel two ways about its protagonist. To be hopeless in a hopeful situation or to cling on to hope despite unfavorable circumstances is a decision like this story’s characters all of us also face in real life too.”

During this quarantine, this is amongst the saddest news as this disturbs the whole community of housewives, as most victims are those who barely go out. These complaints too have been registered online. The studies say the feeling of helplessness; loss of self-esteem, mental disturbance can lead to depression and anxiety disorders.                       But people are, at least, beginning to notice this. Perhaps one of the very few good things about this lockdown is a greater awareness, which might lead to pressure on the government to do more to repair the damage — when women, currently helpless, seek help. The surge in government support for the NHS has shown what can be done when the sense of urgency is great enough. Perhaps it’s not too much to hope that when the worst of COVID-19 is over, the indirect victims of the crisis might warrant similar attention.