The morning of 26th of March, witnessed loud slogans of dissent and agitation at Faculty of Arts, University of Delhi. It was actually a protest held by AISA in solidarity with ANKUR the theater society of SGTB Khalsa college.
It was last week that a letter reached Khalsa college from DUSU demanding a ‘Ban’ on the theater group on account of their play ‘welcome to the machine’ which is stated to be ‘anti-Hindu’ and DUSU has also threatened the college  with a protest on ‘High level’ if demands are not met. 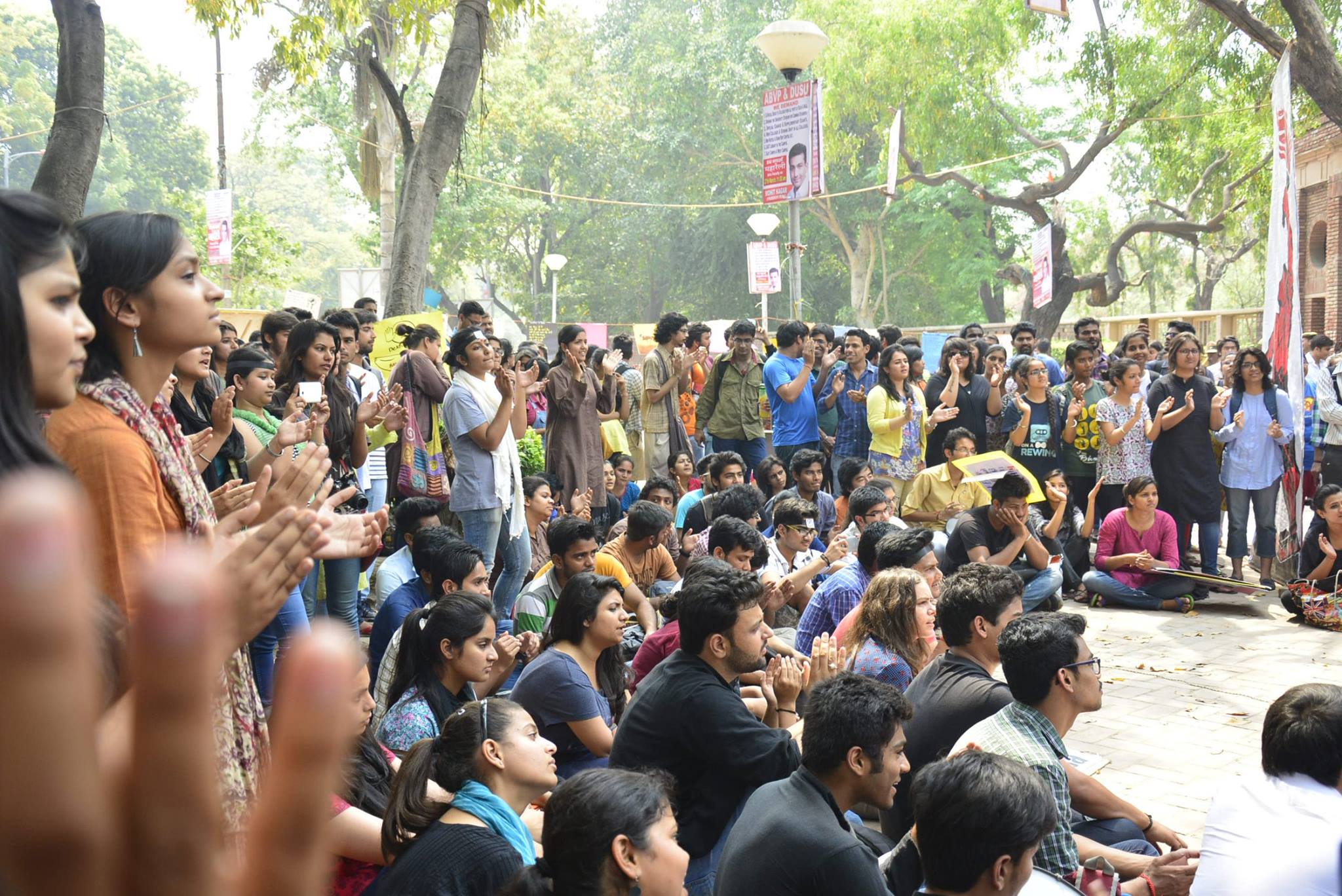 AISA took initiative to hold a protest where many students from a variety of colleges participated. The protest was also joined by people from different student groups of the university like PACHHAS, KYS, etc. The programme was anchored by Sunny Kumarthe President of AISA Delhi and also by Aman Nawaz one of the senior member The programme was attended by DUTA president Nandita Narain who inspired the students to raise their voices against any suppression. She sang songs that were full of inspiration and spirit. Many songs were sung and a drama was performed modulated upon the current situation of the country where capitalists are having their ‘achche din’ and the poor are getting poorer. The agitation was frequently visited by people related to DUSU, to keep a check on the protestors. The protest went on loud and louder as the youth showed the enthusiasm against the Banning culture that is seeping into the roots of our nation. Students used a variety of ways to express their dissent, some wore a black ribbon on their forehead bearing Ban symbol and some were there with posters which disapprove of Ban-Culture. 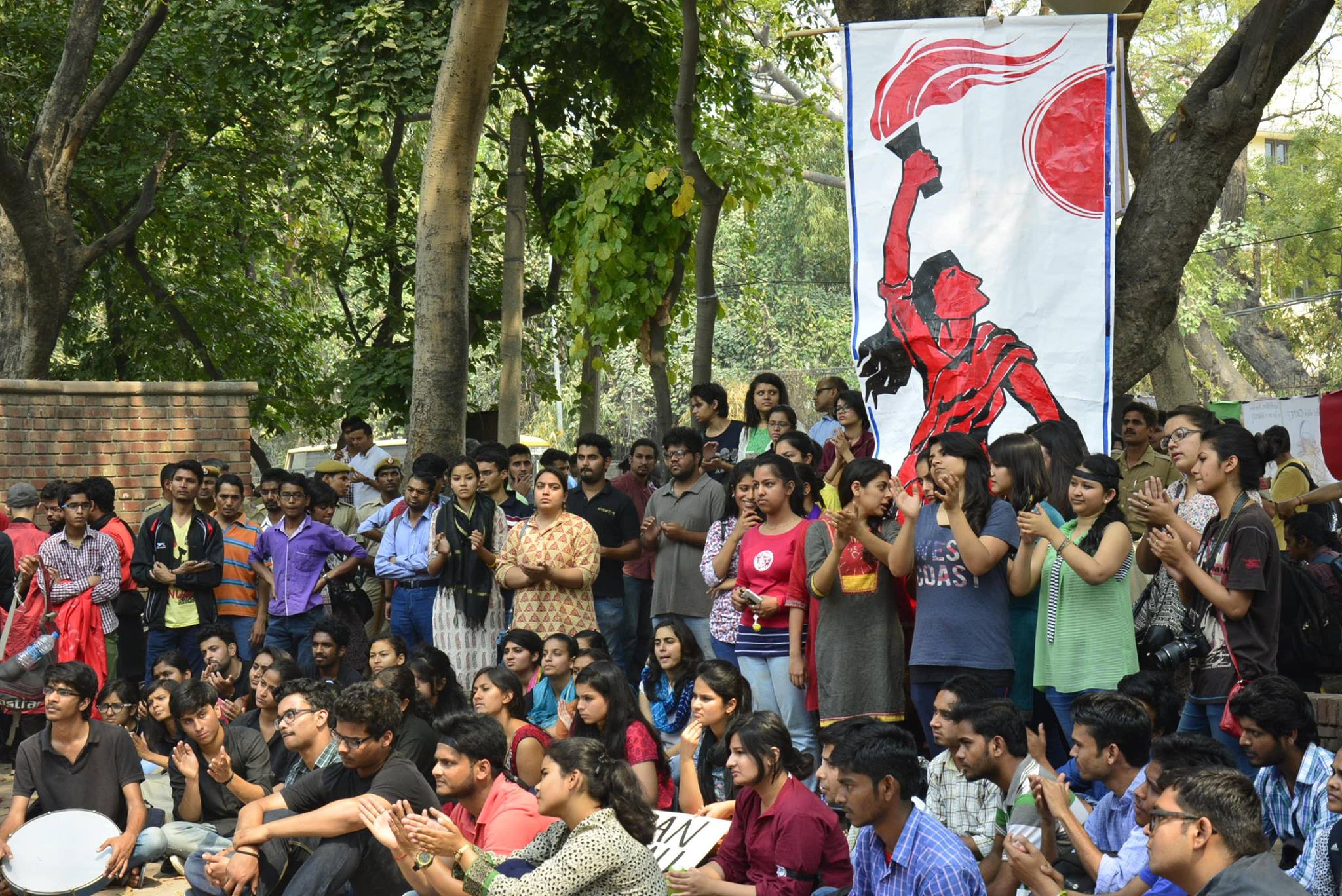 It was made clear by the voices that ‘It’s Enough’ and no more of Tyranny by the people in power. The leaders assured that any illogical ban without a proper dialogue would be dealt under-constitutional protest. It was stressed by Sunny Kumar that a protest is a completely constitutional process and not “anarchy”.