Always stuck with the dilemma with Ios or Android or window’s for sake . It always been between Apple or Samsung ,htc ,sony or Microsoft. With virtually nothing to separate a 12,000 rs budget smartphone from a mid level 25,000 rs smartphone . We were quite literally like a child at a candy shop with happy with whatever the shop owner handed us at his decided cost and virtually no choice . Until now  , come’s in the scene an OS by the user’s for the user’s as popularised by A. Lincoln .  World sits up and takes notice of the CYANOGEN  os . Which gives the power in the hand of the user and innumerable mods to the interface . No longer a slave to Boiled potato being served to everyone .

To basically break down Cyanogen is like an added skin over Android pre dominantly 5.0 LOLLIPOP .Which gives innumerable customised options like Randomised pin entry where the number positioning changes randomly so that the even the person sitting nearby you cannot memorise you’re pin . Cool eh ?

However things haven’t been going oh so smoothly  , Agreement between cyanogen and one plus has reportedly gone sour with cyanogen giving rights to Yureka a sub brand of micromax to sell their devices with devices with cyanogen OS. Againts the agreements between the two .
Now to gain lost ground one plus decides to come up with it’s own added os skin names OXYGEN . with the manufacturer naming it as pure android  experience optimised for the One plus .
Cyanogen OS  is now widely available as an OTA (over-the-air) update for the OnePlus One. Despite the well-publicized falling-out between the two companies, a Cyanogen spokeswoman told  that, “there are no plans for changes as of right now. We are continuing to supportdevices running Cyanogen OS”.

OxygenOS, on the other hand, needs to be installed manually on the OnePlus One, and you can find it on the official OnePlus website.

What’s the difference between Cyanogen OS 12 and OxygenOS?

At first glance, both operating systems look quite similar, staying fairly loyal to the stock Android Lollipop interface. But dig a little deeper, and the differences between the two start showing.

Cyanogen OS 12 is all about customization, letting you tweak everything from the navigation buttons and battery icons, to the settings and status bar. It’s also packed with hundreds of themes that  you can download, which can make Cyanogen look like a completely different operating system to Android Lollipop within seconds. 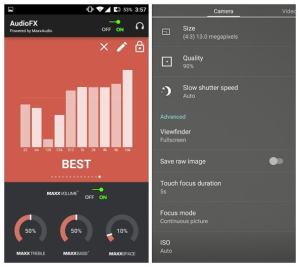 OxygenOS is a bit more ‘stock’, and isn’t as customizable as Cyanogen. While it has a selection of Lollipop and OnePlus wallpapers, it’s not designed to be tweaked as much as Cyanogen, so may be more fitting for the casual user. It’s only flourish of customizability is in the Quick Settings menu, where you can rearrange the buttons however you please. You can customise the quick toggle and back button .   This is a nice touch, but certainly won’t be enough to satisfy the more tinkery OnePlus One owners out there.

Cyanogen OS has some pretty powerful apps onboard, including Cyanogen Mail, the audio enhancement app Audio Maxx, and its own camera app which is capable of 4k recordings and RAW photos. OxygenOS has none of these features, though this is to be expected from a newcomer. Aside from that, both of the OSes come with the usual array of Google apps. 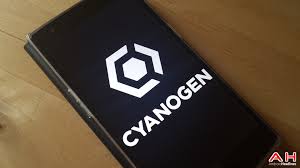 With these powerhouse OS sure people can actually master the phone not the vice versa .
On an ending note lets drool over the latest entrant from One plus the One plus two and it’s over the top specs at rock bottom prices . |

The OnePlus 2’s Alert Slider integrates seamlessly with Android’s notification settings. Switch between 3 profiles: All Notifications, Priority Interruptions, and No Interruptions – without having to unlock your phone or even take it out of your pocket. Perfect for meetings, movie theaters, or just a bit of peace .
Did we mention it’s awesome flat silicon charging cable which can be used inverted as well .

All this at an astounding price of rs 24,999 ONLY (64 gb variant ) available exclusively at amazon.in

What are you waiting for ? Never settle (The company tagline) and claim your right right now.

DELHIITES – A NOTE FOR YOU ALL !

NEVER GIVE UP ! BEAT THE BULL BY ITS HORNS

Pride Parade in Delhi University – And its History

DAILY SOAPS AND REALITY – IS THERE A PARITY ?

HOW TO KEEP A TAB OF YOUR EXPENSES